Who Is Sara Pilot? All You Need To Know About Sachin Pilot’s Wife And Daughter of Farooq Abdullah - THN News 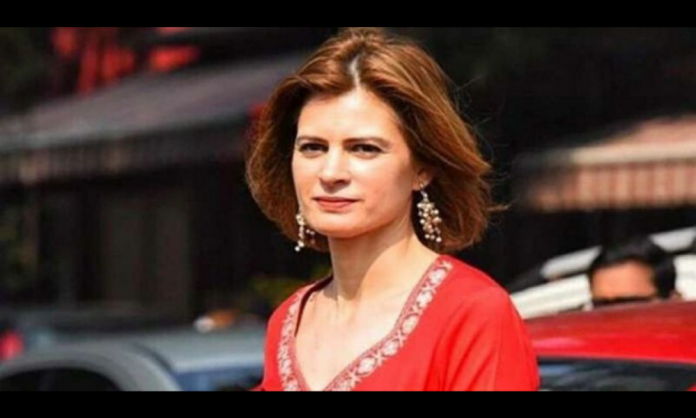 While we know that Sara is the daughter of former CM of Jammu & Kashmir Farooq Abdullah, here are some lesser-known facts about Sara that we should know;

In a detention case under the Jammu and Kashmir Public Safety Act,1978 that is being heard in the Supreme Court, Sara was the petitioner to file a plea against her brother’s detention who was on house arrest after the Abrogation of Article 370 and 35A on August 5, 2019.

Sara had said that exercise of powers by the authorities under the CrPC to detain individuals, including political leaders, was “clearly mala fide to ensure that the opposition to the abrogation of Article 370 of the Constitution is silenced”. 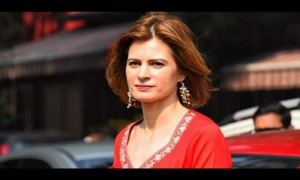 Her plea said the intent of exercise of power was to “incarcerate not just him (Omar Abdullah) but the entire leadership of the National Conference, as well as the leadership of other political parties, who were similarly dealt with including Farooq Abdullah, who has served the state and the union over several years… stood by India whenever the situation so demanded.”

Sara said, “We were hopeful, as this is a habeas corpus case, the relief would be sooner. But we have full faith in the justice system. We’re here because we want that all Kashmiris should have the same rights as all citizen of India & we’re waiting for that day.”

While we speak about unknown facts about Sara, we ought to know about the bond between the Abdullahs and Pawar’s. Yes, Sharad Pawar and his family shared a bond with the Abdullahs. You wonder how?

Omar, as a young lad, had moved to Mumbai to pursue his career in Commerce from Sydenham College and his local guardians were none other than Sharad and his wife Pratibha Pawar. Their daughter Supriya Sule also became good friends with Sara. Though their political alliances differ, Sara and Supriya still share the same bond as they did back in their adolescence.

As we all know that in India, marrying a person from another community is still not accepted by many, Sachin and Sara found a way to get married. But it was not all that easy. While Sachin belongs to a Rajasthani Gujjar family, Sara is a Kashmiri Muslim from the Kashmir Valley.

The duo first met in England and fell in love with each other. Considering their family background, they realised that their families won’t agree. Yet they decided to tell their parents and Sara’s family, however, refused to accept their relationship.

She managed to convince her father for his approval. When things seemed fine and they decided to get married, a campaign on Sara marrying a ‘kafir’ begun in the Kashmir valley. Abdullah’s party members opposed to their marriage stating that “only Muslim men can marry outside their religion but a Muslim girl can only marry a Muslim.” With party members opposing their marriage, Farooq Abdullah too did not accept their relationship.

However, Sara and Sachin, in 2004, decided to get married despite the situation in the Kashmir Valley surrounding their marriage. Their wedding was, however, boycotted by the Abdullahs and no one apart from her friends turned up for the wedding.

Interestingly, Sara’s mother Mollie Abdullah was a Christian and her brother was married to a Hindu girl, Payal Nath.

Sara is a trained instructor in Hatha and Vinyasa yoga and she offers beginners classes twice a week at a yoga school in south Delhi.

In 2014, rumours about Sara and Sachin’s marital conflict because of his alleged relations with one of his female friends were doing the rounds. Following this, the couple started living separately and Sara had shifted to her father’s house in Delhi. These rumours came after Omar and Payal separated.