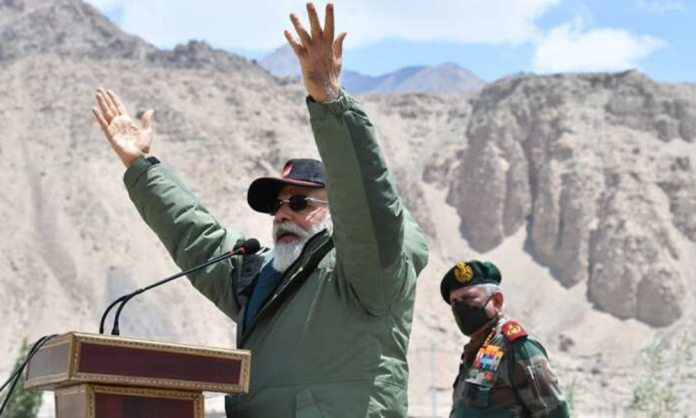 Prime Minister Narendra Modi reached Longewala post at Rajasthan border on Saturday morning to celebrate Diwali with soldiers. PM Modi has been spending the day with soldiers since 2014, the year he first became came to power.

On Friday, the PM shared a clipping from his monthly radio programme Mann Ki Baat, delivered last on October 25, in which he urged every citizen to light a diya as a as a salute to soldiers who “fearlessly protect our nation”.

“This Diwali, let us also light a Diya as a #Salute2Soldiers who fearlessly protect our nation. Words can’t do justice to the sense of gratitude we have for our soldiers for their exemplary courage. We are also grateful to the families of those on the borders,” he tweeted.

In 2019, PM Modi visited the “Hall of Fame” in Rajouri and the Pathankot Airbase. In 2018, he visited Kedarnathand and inspected a military post on the India-China border and in 2017, he visited Gurez sector of north Kashmir. He spent his Diwali with the Indo-Tibetan Border Police in Himachal Pradesh in 2016 and in 2015, he visited the Punjab border.

The Longewala post is a strategic post on the western border where the first major battle of the 1971 war, known as the Battle of Longewala, was fought.