Why don’t we give credit to Hindu festivals for reviving the economy? - THN News 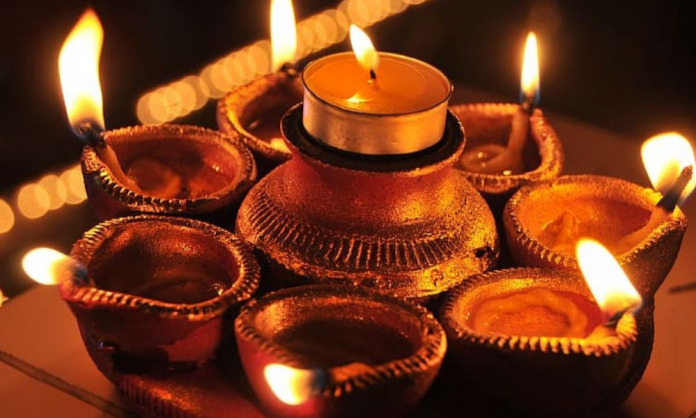 The Indian economy has been doing extremely well in the last two months. The numbers for September were so good that they called it a “September surprise.” They wanted to know if it would last. The numbers for October have started to tumble out and it’s one big party.

The GST collection is up by over 10%. The manufacturing PMI has risen to a ten year high. Top auto manufacturers like Maruti are reporting increases of as much as 19%. Two wheeler manufacturers are reporting their highest sales in any month ever. Tractors are selling so fast that factories are considering three shifts a day to keep up with demand. All across the board, from cars to laptops and phones, demand is soaring.

Say it with me: It is the Hindu festival season that has brought the economy back on track.

Emphasis on the word Hindu. Yes, I know the media talks about “festive season” sales all the time. But whose festive season? It’s the Hindu festive season. Let’s make it explicit.

You might want to ask: Why emphasise religion here? Everyone already knows it is the Hindu festival season. Quit being a jerk about it …

To that I say, when have they not been jerks to us? When has the liberal complex ever shied away from naming and shaming Hindus for anything that goes wrong? When a rape happens in September or October, do they ever shy away from taunts about goddess worship during the upcoming Durga Puja? No, they diligently produce cartoons and sound bytes about it.

Do they ever shy away from poking Hindus in the eye and telling us how biryani, supposedly a Mughal thing, enriches our cuisine? Are they not constantly being jerks about how so many of our historical monuments like the Taj were built by you know who? Aren’t they always jerks about how Urdu enriches the Hindi film industry?

Of course they are. Every chance they get, they impose upon us the idea that India was barren, devoid of culture or anything of value until …

Then, why should I not point out how Hindu festivals have just breathed new life into the coronavirus hit Indian economy? Right now, Hindu festivals are driving the consumption boom and lifting all boats, including those from other communities.

Speaking of Hindu festivals, they get blamed for pretty much everything in a typical year. Why is the air so bad? Because irresponsible Hindus are exploding crackers on Diwali, polluting the air and scaring the pets of the elite. Hindus get blamed for polluting the water with their idol immersions and other offerings. Crimes against women? It is all because of the festival of Holi.

When it comes to blaming Hindu festivals, no connection is too far fetched or too absurd. Come Kumbh Mela and Hindus are taught lessons not to abandon their children or elderly parents in the crowd. Innocent Hindus celebrating Rakshabandhan? Tell them to stop being cruel to cows for Rakshabandhan. What’s the connection between killing cows and Rakshabandhan? It doesn’t matter.

Hindus sitting down to watch Ramayana serial on TV? They are responsible for kids injuring themselves in the eye with bows and arrows. Yeah, take your infant son or daughter instead to sit at Shaheen Bagh all night in the Delhi winter. That’s responsible parenting. You might get coverage in TIME Magazine and become a celebrity.

So tell me, when do they ever stop being a jerk about anything and everything in Hindu traditions? You even have folks asking questions like these: because most Hindus cremate their dead; does it not mean they have a lesser right to Bharat than religious communities who compulsorily bury their dead?

Between 1947 and 1991, it was mostly Nehru and his descendants who took the economic decisions that made India a basket case. In the process, they named everything from airports to universities to bus stands after themselves. The blame for the failures went to Hindus. They called it the Hindu rate of growth. They said that Hindus were lazy and fatalistic and did not care for the material progress that led to prosperity in this life. What could Nehru have done?

They are going to blame Hindus for everything from air pollution to the failure of Nehruvian socialism. Should we aggressively highlight that the Hindu festive season has revived the Indian economy? You bet!