I too wanted to commit suicide, but I am living for this reason - Rhea Chakraborty - THN News 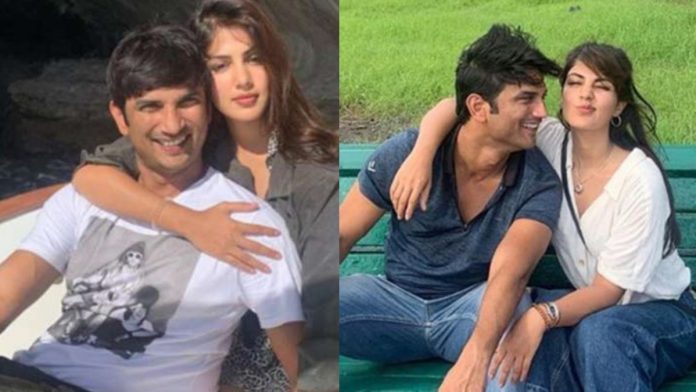 After the unexpected demise of Sushant Singh Rajput, Rhea has become the most googled celebrity for all the wrong reasons. Ever since Sushant Singh Rajput’s father KK Singh filed an FIR against his late son and actor’s alleged ex-girlfriend Rhea Chakraborty, the case has taken a completely new turn.

In a massive victory for Rajput’s family, the Supreme Court has directed the Central Bureau of Investigation (CBI) to investigate the Sushant Singh Rajput’s death case and asked Maharashtra to assist with the probe.

While speaking to NDTV, Rhea said that she had told the actor’s family about his depression and yet they left him. She added that a witch-hunt is on and people have been questioning her ‘aukat’.

She says that she is being dragged into the Sushant Singh Rajput death case. Following the actor’s death, her family’s reputation has been tarnished in such a manner that they have thought of ending their lives multiple times. In an interview with Aaj Tak, the actress said that she comes from a middle-class family where respect matters a lot in society.

During the interview, Rhea mentioned multiple times that her mother is also suffering from anxiety and is about to be admitted to the hospital.

Rhea said, “I have thought of suicide in the last couple of months. My family and me think about it, or we think someone should shoot us. We are middle-class people, respect is everything for us. Everyone is making up stories, so what’s the point in us giving any clarification?

“I have been accused of doing black magic, I’ve been called a ‘vish kanya’. It’s a witch hunt. He was a star, so I have been asked, ‘what’s your aukaat?’ I want justice for Sushant and also for myself. People don’t feel our pain. Why have we been tagged criminals? Do I have the right to prove my innocence or not?”

Referring to various allegations from Sushant’s ex-girlfriend Ankita Lokhande, Rhea said, “She hasn’t spoken to him in 4 years. She was living in his house, sending photos of repair work that needs to be done. If I was controlling Sushan’t finances, I would have stopped this first. As a woman, Ankita did not think how much I’ll be hurt when she said such things about me?”

Rhea also stated that she and her friends have been receiving thousands of rape and death threats since the actor’s death. “I get thousands of rape threats every day. Not just me, even my friends whose numbers have been flashed. Our chats have all been leaked on media, our lives have been compromised.”

When asked why Aditya Thackeray’s name is being dragged into this, Rhea said, “I have never met Aditya Thackeray, I don’t have his number, he is not protecting me. I am asking people, someone please protect me. My life has been destroyed. I have no political connections. CBI is investigating and I have full faith they will find the truth.”

When asked about his relationship with housemate Sidharth Pithani, Rhea said, “Sushant loved Siddharth, he is a simple boy from Hyderabad. We used to call him Buddha. He used to play the drum when Sushant used to sing his prayers to Lord Shiva in the morning.”