After Sushant Singh Rajput’s father lodged an FIR against Rhea Chakaraborty for ‘abetment to suicide’, the focus of Prime Time debates has shifted from alleged nepotism and favouritism in the Hindi film industry to the Bengaluru-born actress.

But who is Rhea Chakraborty who has given Sushant Singh Rajput death case a new turn?

Rumoured to be Sushant Singh’s girlfriend, Chakraborty started her career in 2009 with MTV as a VJ hosting several shows. She made her debut in Tollywood with ‘Tuneega Tuneega’ movie. She got her first break in Bollywood with her ‘Mere Dad Ki Maruti’ with Yash Raj Films. In 2014, she played the role of Sonali in ‘Sonali Cable’.

Chakraborty met Sushant Singh in 2012 when they were both signed up for a YRF film. The two were seen through their Instagram handle holidaying In Ladakh in August last year. Later, they were seen together on several other occasions.

In 2017, Chakraborty appeared in YRF’s ‘Bank Chor’. She also made cameo appearances in Half Girlfriend and Dobaara: See Your Evil. She was last seen in Mukesh Bhatt’s Jalebi (2018), an adaptation of a Bengali film ‘Praktan’.

In 2018, Chakraborty became the target of online trolls when she uploaded a photo with Director Mahesh Bhatt and wished him on his birthday. Her photos, showing her fondly hugging Bhatt, stirred trolls, subjecting her to online abuses.

While Chakraborty has been booked in Sushant Singh’s case, she had taken to social media last month and demanded a CBI probe in actor’s death. She had tagged Union Home Minister Amit Shah in her posts and introduced herself as Sushant Singh’s girlfriend.

“Respected @AmitShah sir, I’m Sushant Singh Rajputs girlfriend Rhea Chakraborty, it is now over a month since his sudden demise. I have complete faith in the government, however, in the interest of justice, I request you with folded hands to initiate a CBI inquiry,” the tweet posted by Chakraborty’s account read.

Sushant Singh’s father has alleged that Chakraborty took away the all the cash and jewellery from the late actor’s house when she parted ways with him on June 8, 2020. There are also allegations against Chakraborty that she had threatened to make Sushant Singh’s medical reports public. 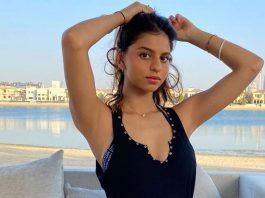 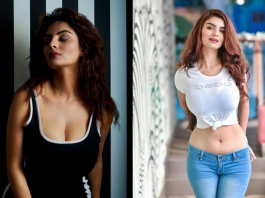 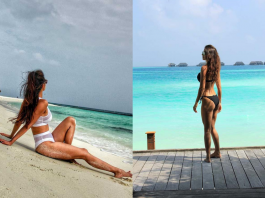