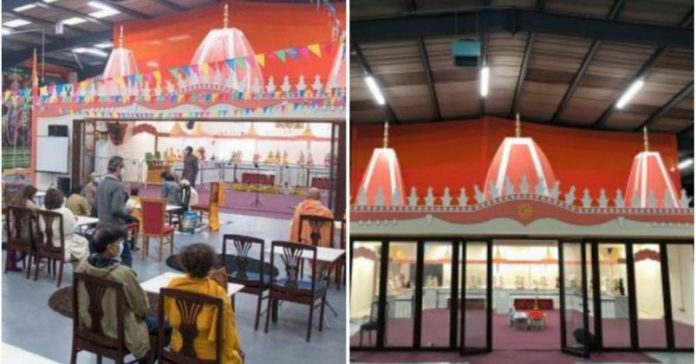 In a historic moment for the Hindu community living in the Republic of Ireland, the first religious temple has been officially opened in the suburb of the capital Dublin. The temple is located in Walkinstown, six kilometres south-west of Dublin city centre, and it is the first of its kind for the Hindus of Ireland.

The Hindu community in the north-western European country had long wished for a communal praying centre as they had none and would often have to rely on temporary locations such as town halls and other centres to hold religious events.

Inaug of 1st ever Hindu temple in Ireland by VHCCI. Realisation of socio-cul-rel aspirations of community. Will serve as guiding force for all communities to work in harmony. Big day for multi-cultural spirit of Ireland ?? @PMOIndia @DrSJaishankar @MEAIndia pic.twitter.com/caul0Cn6qN

According to reports, the temple named Sarv Sampradaya Hindu Temple and Cultural Centre was inaugurated on the auspicious day of Ganesh Chaturthi on August 22. Only a limited number of guests were allowed for the opening ceremony keeping in mind the COVID-19 restrictions.

The temple has been established by the Vedic Hindu Cultural centre Ireland (VHCCI), which propagates the teachings of Sanatan Dharma in the Western country. Apart from being a place of worship for an estimated 25,000-strong Irish-Hindu community, the temple will also hold other activities such as yoga classes, language and Vedic classes, music, dance workshops and many more.

Media reports suggest that the temple, in future, will also provide free food for the poor and homeless through its kitchen in association with charities and other groups.

According to reports, the temple is open for visits by the general public but for that people will have to pre-book via the web portal of VHCCI, which is part of the precautionary measures being taken due to the ongoing coronavirus pandemic. One of the persons behind the constructions of the first Hindu temple in Ireland, while talking to the press said that they expect 8,000-10,000 people visit the place by the end of the year.