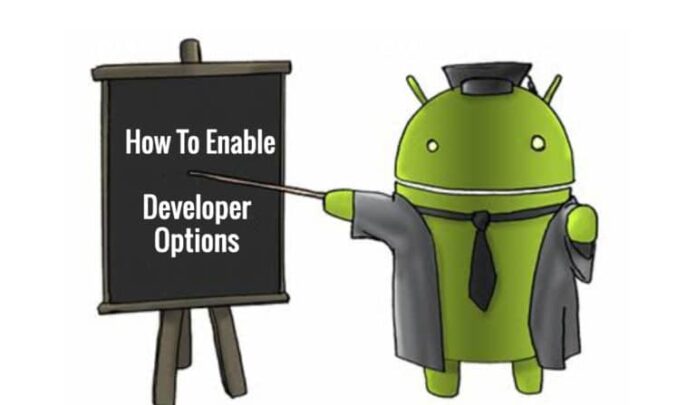 Android Developer options are not everyone’s cup of tea since Google decided to hide it from plain sight starting with Android 4 Jellybean. But, Android OS has come a long way since that time and you can easily enable developer options. Moreover, a few million active Android users have now become 2.5 billion worldwide.

Naturally, the number of people wanting to tweak with their Android has increased. Since every other Android guide on the Internet, even many of ours, need users to enable Android developer mode and involve USB debugging, and possible OEM unlocking; ironically, here is another Android guide just to do that.

If you encounter words such as “USB debugging” or “OEM Unlock”, then it is time to enable the developer options in your Android device.

The below-mentioned steps are generic for all the Android devices running Stock Android [Pixel Launcher, and Android One]. As for devices running forked Android versions [MIUI, EMUI, ONEUI, etc], you may find a little deviation from the below process.

Once you are under Developer settings, there are a bunch of things you can do. Of course, there is a USB debugger and OEM unlocker, but there are several interesting app developer options that I’ve talked about at the end of this article.

Turning on USB Debugging mode allows systems to communicate with the Android device. Under normal conditions, users can use the USB connections only for charging the device and sending files.

With USB Debugging enabled, users can send system commands to the Android device to perform developer-level tasks such as flashing the device, installing various patches, third-party android apps, and more.

Here is how to enable USB debugging in Android Developer options –

OEM Unlock is enabled before unlocking the bootloader. Android Smartphone manufacturers keep the OEM Unlock tucked away in the developer options since the majority of users would have no use of the settings.

It is important to note that the process of unlocking bootloaders varies on the device manufacturer. For instance, Xiaomi devices have no OEM Unlock toggle, instead, they have a setting called “Mi Unlock”.

How to Disable Developer options in Android?

If you have restored the default settings in developer options, there is no need to disable them, other than the case where the Developer settings tab is interfering with your perfectionist side.

This marks the end of the process to disable developer options.

While there’s a lot of developer settings that you can tamper with, here are some of the top reasons to enable developer options on your Android device:

The most common reason that people enable developer options is to toggle on the “Allow OEM Unlock” setting. You can toggle it on to be able to unlock the bootloader of your Android in order to install a custom recovery. Once you’re unlocked and have a custom recovery mode installed, the possibilities are infinite (provided your device has a healthy custom development scene). You can begin installing custom ROMs, custom kernels, and mods right away.

Window animation settings control the animation speed with which your apps open or close from your launcher. Likewise, transition animation controls the time in which the animation takes place. You can reduce these values to shorten the animation duration and increase the speed to make your Android faster.

The Android developer mode has a setting called “Select mock location app” that lets you use third-party apps to spoof your device’s location. You can set up any third-party app while this setting is enabled to let someone know you’re elsewhere.

If you have a high-end smartphone, you can ramp up the processing power of your phone’s GPU to get a tad bit of boost in games. To do so, enable the “Force 4x MSAA” (multi-sampling anti-aliasing) option.

Although, use the setting with caution as your android phone will use more resources. As a result, it will take a toll on your battery as well. All the better performance, smoother graphics will drain your battery quicker.

Say, you’re on a custom ROM and the system OS has bugs. You can easily visit the developer options and use the “Take bug report” option. The said option will display the system log files of your device that you can share and view.

The aforementioned option is useful to capture bug reports to debug any issues with the OS.

Things you can do in Android Developer options

Here are many other interesting system features in Android developer option–

To see the average memory use of the Android system as well as other apps. You can use this tool to find out memory-hogging applications.

Not only do you see the memory/ CPU usage of an app at this very moment, but you can also stop the application right there.

Starting with Android 10, you can change accent color as well as Icon shape in the developer settings.

Why should I enable developer options?

Developer options are usually for advanced users. You can enable them if you’re looking out to tweak the advanced settings of your device. Is it safe to enable developer mode?