How to Boost the Performance of Your PS4 - THN News 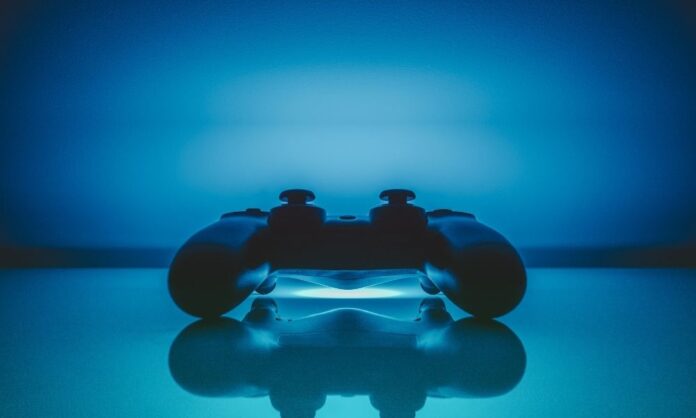 If you have a PS4 or even a PS4 Pro, you might wonder how to get better performance out of your system. And while you can’t upgrade your PS4 like you can a gaming PC, there are some ways to make sure your PS4 runs at its best.

Let’s look at your options for how to make your PS4 run faster and what to expect from them.

1. Make Sure You Have Enough Free Disk Space

One of the most common causes of poor PS4 performance is running critically low on disk space. With the size of modern games, plus video recordings you’ve saved, it’s easy to fill up your available space and not even realize it.

To see what’s taking up space on your PS4, head to Settings > Storage > System Storage and you’ll see a bar broken down by category. Chances are that games are the biggest space hogs. Select Applications to show the list of what’s installed.

Next, it makes sense to hit Options and choose Sort by > Size so you can deal with the low-hanging fruit first. Choose Delete from the options menu, then check all the games you want to erase. Once you confirm, your system will take a moment to delete the selected data.

Deleting a PS4 game’s data will not delete your save data for that title, as those are saved separately. However, if you want to play the game again, you’ll need to reinstall it from the PlayStation Store (or the disc), as well as re-download the latest updates.

Once you’re done, back out to the main Storage menu to see how much space you’ve gained. Feel free to delete the other types of data, like old videos from your Capture Gallery, though they probably aren’t large enough to make a big difference.

Ideally, you should keep a minimum of 50GB free, though to keep your PS4 running well, it’s better to have something like 100GB free if you can manage it. Take a look at how to add an external drive to your PS4 if you need a lot more space.

If you’ve had your PS4 for some time, chances are that dust and other grime has built up inside. This can deteriorate performance if left unchecked—with more heat trapped in the system from the debris, the system fans have to work harder, decreasing overall efficiency.

Follow our guide to cleaning your dirty PS4 to remove dust from its internals. Hopefully, this will help your system work at a cooler temperature and thus run games a bit more smoothly.

If you’re wondering why your PS4 is so slow, especially while in the menus, this option is for you. You might not know that the PS4 has a utility in its Safe Mode interface called Rebuild Database. This process isn’t as intensive as defragmenting your hard drive. Instead, it tells your system where relevant data is for your games and services, making for more efficient access.

While this probably won’t improve your game performance, it reduces the home screen delays that are common with extended use of the PS4. Doing this will also cause your PS4 to check for updates for games you haven’t played in a while, upon rebooting once the process completes.

To rebuild your PS4 system database, shut down your PS4 fully by holding the PS Button on your controller and selecting Power > Turn Off PS4 from the Quick Menu. Once the lights on your PS4 go out, press and hold the physical Power button on the front of your console for several seconds. After you hear a second beep, your PS4 will boot into Safe Mode.

Connect your controller to your system with a USB cable, then hit the PS Button on your controller so you can use it. Select Rebuild Database, confirm the operation, then wait for it to complete.

This usually doesn’t take too long (in our testing, about 15 minutes with a 2TB drive). Once it’s done, your system will reboot. The process doesn’t delete any data, though it will make your system forget what games you’ve played most recently. Recent titles won’t appear first on your home screen until you launch them again.

If you have a PS4 Pro, there’s a setting called Boost Mode that you should definitely enable for a smoother PS4. This can increase the frame rate and graphical fidelity of games on the system, even if they weren’t specifically designed to take advantage of the PS4 Pro’s superior hardware.

For instance, it might bump a game up from 30FPS to 60FPS, speed up load times, or reduce graphical pop-in. The effect varies from title to title—not all games support it, but many will work better with it enabled.

To enable Boost Mode, head to Settings > System on your home screen. Inside this menu, you should see a Boost Mode option. Simply enable this, and it’s ready to go.https://www.youtube.com/embed/ftBB3ffc5A8

Your PS4 should do this automatically for games you play regularly; it will also check for updates upon launching any games you haven’t played in a while. But in case your system isn’t always online, you can press the Options button on your controller while highlighting a game on your home screen, then choose Check for Update to do so manually.

If you’ve had issues with a game in the past, try this to see if the developers have fixed the problem you had.

6. Upgrade to an SSD or Faster HDD

The PS4’s stock 5400RPM hard drive isn’t particularly fast, so it takes a while to load games. As a result, you might consider upgrading your internal PS4 drive to a 7200RPM disk, hybrid drive, or even an SSD.

While this will result in some loading time benefits, it won’t make a world of difference otherwise. Games will load more quickly, but it won’t improve graphical performance or other aspects of gameplay.

This is especially true for the original PS4 and PS4 Slim. Both of these use a SATA II connection for their hard disk, which is not capable of throughputs as high as the newer SATA III connection on the PS4 Pro. So while you’ll see some benefit of using an SSD on older PS4 models, it won’t be night and day.

SSDs are also expensive, so in most cases, you’re better off putting the money towards a larger hard drive to hold more games. You might also prefer saving up money and upgrading to a PlayStation 5, which has an SSD built into the system.

While most console games don’t have the extensive settings that PC titles offer, some of them let you change options that can affect how a game runs (or at least how it looks).

Some titles, for example, let you change the FOV (field of view) so you can see more of the game world without turning your character’s view. You may also have options to disable VSync and other graphical tools.