Both Microsoft and Sony are reevaluating their strategies before their new gaming consoles hit the world’s second-most populous country, which hasn’t traditionally been a lucrative market for them in this segment.

So while Xbox chief Phil Spencer mentioned that Xbox Series X and Series S pre-orders have been completely sold out in India ahead of the November 10 launch, Sony is gearing up to bring its next-generation PlayStation 5 to the country around the same time as the rest of the world.

“Given the way, gaming has caught attention during the Covid-19, I think this would probably be the best time for both of them to see how the new consoles sell in India,” Rajan Navani, national president of the Indian Digital Gaming Society and Vice-Chairman & Managing Director of JetSynthesys, told Indianexpress.com.

Navani agrees that the high cost of consoles is a barrier for console gaming to become a medium of choice for mainstream users in India. He says it’s a challenge for a middle-class family to decide between a console or another TV.

Video game consoles from Microsoft and Sony have always been expensive in India, thanks to local taxes and custom duties. Both Xbox Series X and PlayStation 5 cost Rs 50,000 ($669), while Microsoft and Sony are also launching “disc-less” versions. Microsoft’s Xbox Series S costs Rs 34,990 while Sony’s digital-only PS5 retails at Rs 39,990. But console gaming is an expensive hobby. Most high-profile games cost over Rs 4,000. On top of that, the game consoles have recurring costs from the day you purchase them. Although you are not required to upgrade their internals like a PC, monthly/yearly membership fees for PlayStation Plus and Xbox Live don’t come cheap.

“The market is there, but I think we are yet to see it pick up in an exponential manner,” says Avichal Singh, co-founder and lead designer at Nodding Heads Games, the studio behind ‘Raji: An Ancient Epic’, an action-adventure game currently available on Nintendo Switch.

Singh sees the adoption of game consoles a “slow” process because playing video games has never been a part of our culture. “People think gaming has gone mainstream, but they don’t know people are playing because it’s free. If you ask people to name five indie games, no one would have heard of it, unfortunately. That kind of cultural change is gonna be really slow,” he adds.

Singh accepts the gaming market has seen a shift over the years, with the rise of free-to-play games and the mass adoption of smartphones in the country. The challenge, he said, would be to convert new gamers to console gaming or bring them back to PC gaming. 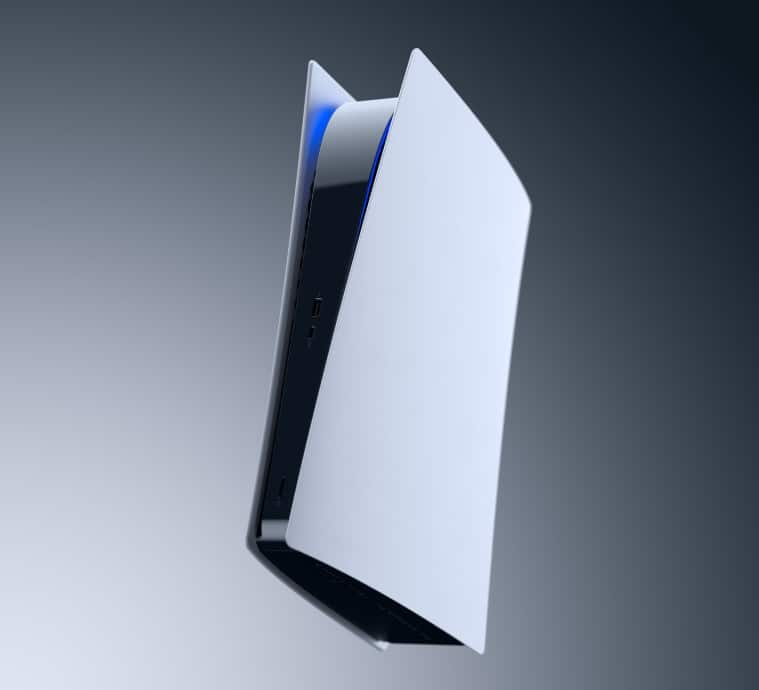 “I myself don’t have a big expectation from PS5 or Xbox Series X in India. They are going to sell well and a lot depends on the existing market, but the challenge is to find a new market for them,” he says.

The arrival of Xbox Series X and PS5 marks a new era for console gaming. For gamers, both Microsoft and Sony now offer four consoles to choose from — two regular models and the disc-less versions. The standard PS5 will compete with the Xbox Series X and both consoles offer disc drives, 120-frames-per-second 4K visuals and SSD storage. The PS5 Digital Edition doesn’t have a disk drive, but offers the same features as the standard PS5 at a lower price point.

The Series S meanwhile will play games at lower resolutions and doesn’t have a disc drive, but it’s much compact and is priced at Rs 34,990. Both Sony and Microsoft have already announced new games for the next-generation consoles, including console exclusives. 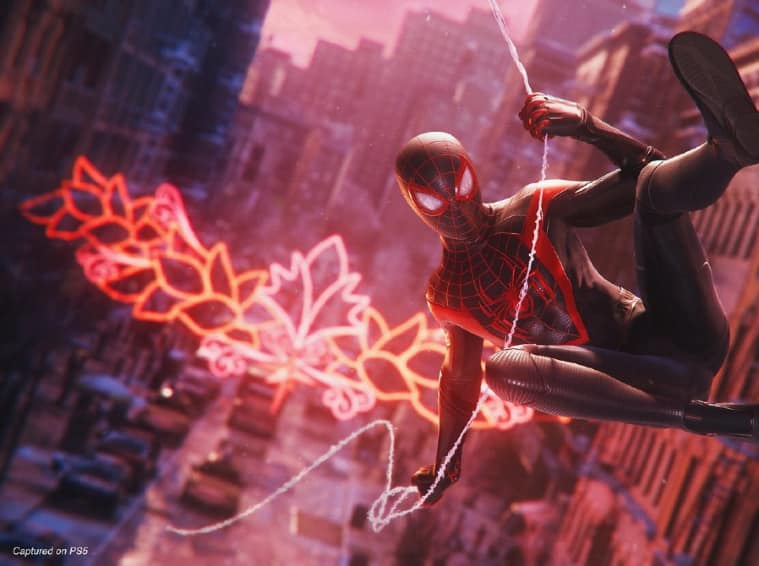 Spider-Man: Miles Morales is one among the many high-profile games coming to the PS5. (Image credit: PlayStation)

Singh thinks the Xbox Series S and PS5 Digital Edition will do well in India, owing to their lower price points. Both “disc-less” versions might appeal to a new wave of gamers who are getting into console gaming, whereas the consoles with a physical disc will be more popular with those who already have a console or with those who own a lot of titles as discs.

The move to sell “disc-less” consoles tells us two things. From a business point of view, having no optical drive in consoles means that Microsoft and Sony will become the only source to buy games, cutting your visits to a high-street retailer to buy physical copies. The launch of “cheaper” digital-only consoles also indicate that both tech titans want to increase visits to online stores and improve digital revenue by selling subscriptions and services such as Game Pass and PlayStation Plus.

Ted Pollak, who is the senior game tech analyst for Jon Peddie Research thinks there’s no question that the trend toward “digital distribution” will eventually be 100%. “The world is still not completely wired for 100% digital distribution, so Sony, Microsoft and Nintendo like to have physical media as an option and tell the world ready to move to full digital distribution,” he said. 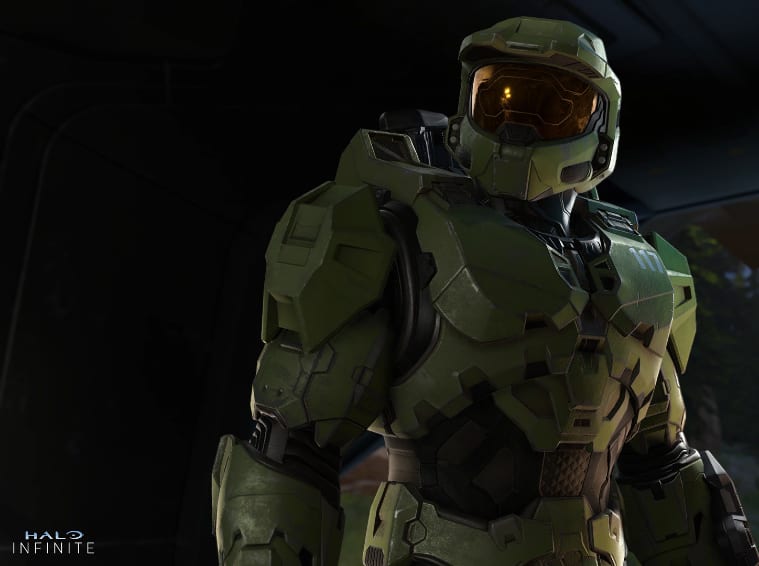 Halo Infinite is one of the gaming coming to the Xbox Series X and Series S. (Image credit: Xbox)

As more people buy games through digital stores, fewer buy games on physical discs from speciality physical retailers, leading to shutting down of stores and the collapse of the retail business. Yogesh Advani, who runs Mumbai-based video game retail chain Gameloot, does not think physical games are dying anytime soon. “In a market like India, where people can’t download digital games so easily, they still prefer to buy the physical games,” he says. “We are selling both Xbox Series X and Series S and it’s almost two weeks now, nobody pre-ordering the Series S, and everybody is waiting for the Series X.”

Advani, who has been associated with the video game industry for 15 long years, says he has seen the console market surging in the past two-three years in India. “People are actually buying consoles, games are easily available from physical stores like us and they can buy games in their own currency from digital storefronts,” he explains. According to him, PlayStation is a bigger brand in the video game market than Microsoft’s Xbox in India.

Retailers like Gameloot might offer a better selection of games to choose from with trained staff, but the reality is speciality retailers selling video games are few in the country and if there are stores, they are available in cities like Mumbai and Bengaluru. To put it simply, the market for console gaming remains low in the country to this date, partly because of a lack of speciality video game retailers.

While organised game retail is broken, it is invariably marketing that attracts consumers buying a console, Advani points out. “Microsoft has no presence in physical retail and there is zero marketing support. We can’t give a demo to a consumer and show the features of an Xbox console… no retailer will open a unit and sell a console,” he laments.

“Even buying an Xbox from a distributor is very difficult in India,” he claims, explaining: “If I want to buy an Xbox from a distributor, you tell me the MRP is Rs 30,000 and you will get 10% margin on that, so I end up selling at Rs 30,000 and Rs 27,000 is my cost price. But the same Xbox console is available for Rs 21,000 on Amazon.” Though it then makes no sense for physical retailers to sell an Xbox console, they still do, he adds.

While Microsoft may have been bragging that the pre-orders for the new consoles sold out in India, the company has not done anything to make the Xbox Series X and Series S an attractive buy. In the US, it offers Xbox All Access, which includes Xbox Game Pass Ultimate, through which you can get a new console for a monthly fee and no upfront cost. Microsoft also runs a Netflix-style game Xbox Game Pass subscription service that lets you access a couple of interesting games for a monthly fee.

The situation is no different for Sony, either. The launch of the PS5 is around the corner and the company has neither kicked off marketing initiatives nor allocated units for retailers.

Singh says the time is right for both Microsoft and Sony to start building momentum around their new consoles if they are serious about India. “It’s all business. They have to project how many copies are we gonna sell to justify investing $1 million in the market,” he says.

Microsoft and Sony could push up sales by switching to an online-only model as preferred by smartphone vendors. “Microsoft and Sony should come up with something like that,” Navani says. “They’re not known to traditionally do it and work with other players, I think the volume can go up to an additional per cent, but I don’t know whether they would be willing to compromise on that price.” 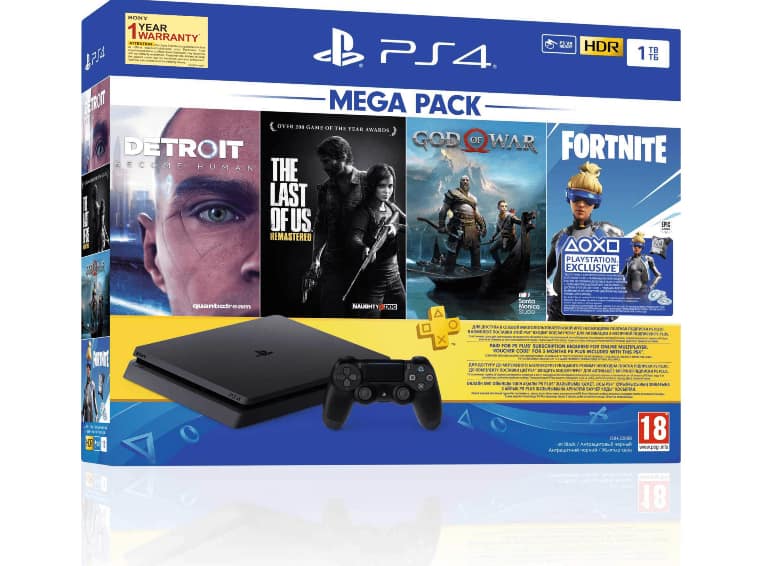 The PlayStation 4 is a popular console in India but costs Rs 27,990 ($400), making it unaffordable for many consumers.

“The sellers on Amazon.in have seen a significant surge in demand for video game consoles over the last few months with a 3.5X (Y-o-Y) increase in unit sales, an Amazon spokesperson said in a statement to Indianexpress.com.

But sales of games consoles cannot be increased unless there is a strong ecosystem that creates dozens of revenue streams for the industry as a whole. Big game developers, studios and console makers do not see India as a profitable market in that sense yet. Nintendo, one of the world’s biggest video game companies, has no presence in India and that shows where the country stands in the global gaming scene.

The problem, according to Singh, is how people perceive video games in India. That needs to be changed and, he says, people should actually start thinking of designing games. “The government itself is unaware of how massive potential game development and the game economy can bring to the country. The strategy has to be long term, and someone needs to start thinking and taking action now.”