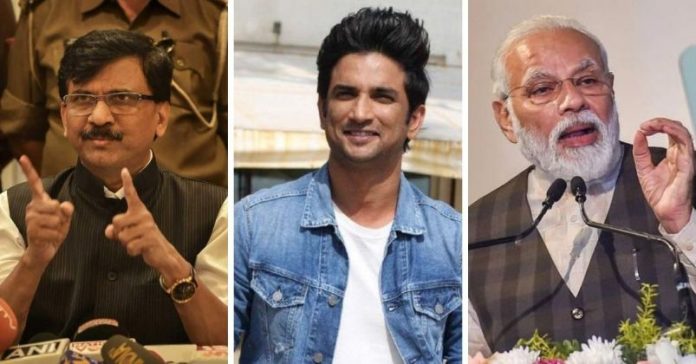 As the Sushant Singh Rajput’s death case has been handed over to the Central Bureau of Investigation, Shiv Sena MP Sanjay Raut says there is a conspiracy against Shiv Sena.

Sanjay Raut, the Shiv Sena Member of Parliament from Rajya Sabha, has alleged there is a deliberate attempt to hatch a conspiracy against Uddhav and Aditya Thackeray in relation to the Sushant Singh Rajput’s death case. The media agency ANI quoted Raut saying,

“The kind of politics being done in Bihar & Delhi over Sushant Singh Rajput’s death, I believe a conspiracy is being hatched against Maharashtra Government. Mumbai Police is a capable force and is trying its best to bring out the truth.”

In his weekly column in the Shiv Sena owned magazine, Raut attacked the central government for misusing its agencies like CBI to further their agenda. He also said that the intervention of center in Rajput’s investigation is an insult to the Mumbai Police. He said,

“Even Prime Minister Narendra Modi and Union Home Minister Amit Shah were of the same opinion about the CBI when they were active in Gujarat politics. They had opposed the transfer of Godhra riots and the subsequent killings.”

In his piece, he also attacked a certain news channel without naming it for using the derogatory and threatening language for the chief minister of Maharashtra. Raut also alleged that the media houses were biased towards the central government. He further added,

“It appears that the script of the entire Sushant episode was pre-determined. The opposition has been linking state minister Aaditya Thackeray with the case just because he shared cordial relations with some of the Bollywood actors. More disturbing is the opposition’s stand on the entire episode as they have stood firm in support of the Bihar police.”