In Kanpur, Uttar Pradesh, another case of Love Jihad has been reported, where a 14-year-old Hindu girl was allegedly trapped by a Muslin youth pretending to be Hindu. The incident was reported in Kanpur’s Gopal Nagar. The victim’s family, with the help of Bajrang Dal State Secretary Ramji Tiwari, approached the police on Monday with a complaint and sought action against the accused- Fateh Khan alias Aryan Mehrotra.

Fateh Khan who allegedly posed as Aryan Mehrotra to trap the minor girl originally hails for Bengaluru. He was living on rent in the victim’s house in Kanpur’s Gopal Nagar, allegedly pretending to be a Hindu for the last three years. Bajrang Dal State Secretary, Ramji Tiwari, while speaking to OpIndia said that Fateh Khan alias Aryan Mehrotra posed as a Hindu to establish closeness with the Hindu family. He did everything he could to pass himself off as a Hindu. He wore a Kalawa (Hindu sacred thread) around his wrist, sported a Tilak and frequently visited temples, added Ramji Tiwari.

As per the family’s complaint, the accused Fateh Khan has been sexually exploiting the minor girl too. The family has alleged that Khan has been trying to convince the girl to convert into Islam. When the victim’s family members learned about this they approached the local Bajrang Dal leader Ramji Tiwari for help. Ramji Tiwari along with the victim’s family and other activists approached the police Monday and submitted a complaint against Fateh Khan.

Accused had forged ID cards, was living under a false name

The accused who was handed over to the police, by the activists of the Hindu organisations, admitted that he had been living in the victim’s house, posing as Aryan Mehrotra. The police have recovered two identity cards from him, one with his original details and the other being a fake one with the Hindu name.

SP South Kanpur Deepak Bhukar confirmed of receiving the complaint and said that the SIT constituted to probe the ‘Love Jihad’ cases would be investigating the case.

There have been numerous cases of such ‘Love Jihad’ where Hindu girls, often from a vulnerable age group, have been trapped into relationships by Muslims faking a Hindu identity, only to be raped or blackmailed later. The increasing number of such case has recently thrown Kanpur in the spotlight, compelling Uttar Pradesh police to constitute a special investigating team (SIT) to probe allegations of ‘Love Jihad’ and forced conversion. 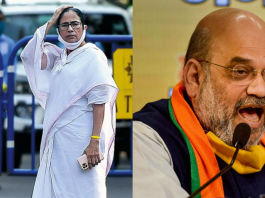 Why do BJP demand President’s Rule in West Bengal ahead of... 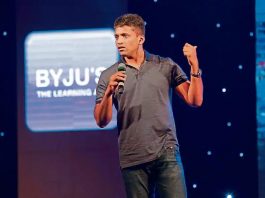 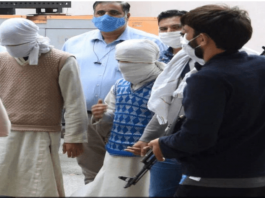 JeM terrorists arrested in Delhi had connections with Pakistan; wanted to...