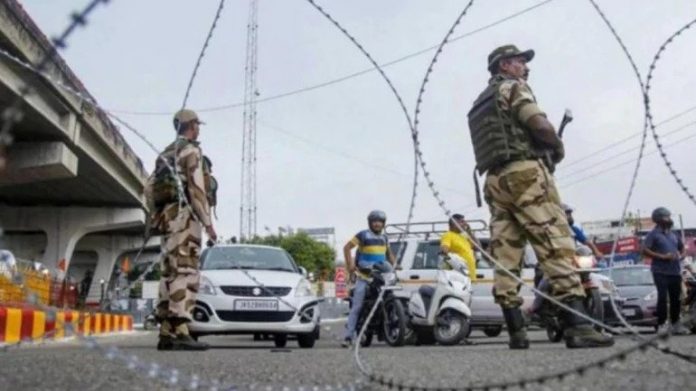 After primary schools, now closed middle schools in Wadi were also opened on Wednesday. By the end of the week, all other schools can also be opened after an overall review of the daily activities of the primary and middle schools and the situation of the plaintiff. This information was given by the Principal Secretary to the Governor, Finance Rohit Kansal.

He said that the prohibition order of the day has been removed from most areas. Normal life is fasting. All ATMs in the valley are smooth. 800 crore has been withdrawn at 734 ATMs in the last 12 days. People are getting out and spending money comfortably. Meaning that the situation is normal in Kashmir. Shops are open and people are shopping.

At the same time, he said that the attendance at the government offices of the valley was better and now the inter district transport facility has also started. Rohit Kansal said that after about 14 days, primary schools were opened in Wadi on Monday. The attendance of students and staff is more on Tuesday than Monday. Based on the request and feedback from different sections of the society, it was decided to open the middle school on Wednesday. These schools will be opened in areas where primary schools were open.

73 thousand landlines restored
The Principal Secretary to the Governor informed that there are 96 thousand landlines in the entire state. 73 thousand of these have been restored. On the closure of the landline in Wadi, especially Lal Chowk in Srinagar city and adjoining areas, he said that BSNL is removing the technical problems faced in this context, but in most places the phone service has been restored.

Radio support
The administration has shut down communications and Internet services to keep the situation arising in the plaintiff by removing Articles 370 and 35A. But people are tuning the radio to keep themselves updated with the developments in the country and the world. In most homes, the importance of radio lying in any corner of the room has increased again. Apart from this, people are also getting to know the news of the country and world by watching television.

Sameer Batt says that the internet has been completely closed in the Valley for the last 15-16 days. We have not only lost contact with the world but because of restrictions, what is happening in the neighborhood is also not known. In such a situation, radio and television are the only options left for us to get information. These days, from morning till evening, I am receiving information from radio and television.

Radio Kashmir station head Nawaz Ahmed Negro also said that the current station is trying to sensitize the station staff to give maximum information to the people. People are being given enough information from the radio so that there is no shortage of internet.