Durga Puja—the ceremonial worship of the mother goddess, is one of the most important festivals of India. Apart from being a religious festival for the Hindus, it is also an occasion for reunion and rejuvenation, and a celebration of traditional culture and customs. While the rituals entail ten days of fast, feast and worship, the last four days—Saptami, Ashtami, Navami, and Dashami—are celebrated with much gaiety and grandeur in India and abroad, especially in Bengal, where the ten-armed goddess riding the lion is worshipped with great passion and devotion.

Durga Puja is celebrated every year in the Hindu month of Ashwin (September-October) and commemorates Prince Rama’s invocation of the goddess before going to war with the demon king Ravana. This autumnal ritual was different from the conventional Durga Puja, which is usually celebrated in the springtime. So, this Puja is also known as ‘Akal-bodhan’ or out-of-season (‘akal’) worship (‘bodhan’). Thus goes the story of Lord Rama, who first worshipped the ‘Mahishasura Mardini’ or the slayer of the buffalo-demon, by offering 108 blue lotuses and lighting 108 lamps, at this time of the year.

The first grand worship of Goddess Durga in recorded history is said to have been celebrated in the late 1500s. Folklores say the landlords, or zamindar, of Dinajpur and Malda initiated the first Durga Puja in Bengal. According to another source, Raja Kangshanarayan of Taherpur or Bhabananda Mazumdar of Nadiya organized the first Sharadiya or Autumn Durga Puja in Bengal in c. 1606.

The origin of the community puja can be credited to the twelve friends of Guptipara in Hoogly, West Bengal, who collaborated and collected contributions from local residents to conduct the first community puja called the ‘baro-yaari’ puja, or the ‘twelve-pal’ puja, in 1790. The baro-yaari puja was brought to Kolkata in 1832 by Raja Harinath of Cossimbazar, who performed the Durga Puja at his ancestral home in Murshidabad from 1824 to 1831, notes Somendra Chandra Nandy in ‘Durga Puja: A Rational Approach’ published in The Statesman Festival, 1991.

“The baro-yaari puja gave way to the sarbajanin or community puja in 1910, when the Sanatan Dharmotsahini Sabha organized the first truly community puja in Baghbazar in Kolkata with full public contribution, public control, and public participation. Now the dominant mode of Bengali Durga Puja is the ‘public’ version,” write M. D. Muthukumaraswamy and Molly Kaushal in Folklore, Public Sphere, and Civil Society. The institution of the community Durga Puja in the 18th and the 19th century Bengal contributed vigorously to the development of Hindu Bengali culture.

The research paper further indicates that:

“high level British officials regularly attend Durga Pujas organized by influential Bengalis and British soldiers actually participate in the pujas, have praised, and even salute the deity, but ‘the most amazing act of worship was performed by the East India Company itself: in 1765 it offered a thanksgiving Puja, no doubt as a politic act to appease its Hindu subjects, on obtaining the Diwani of Bengal.’ (Sukanta Chaudhuri, ed. Calcutta: the Living City, Vol. 1: The Past) And it is reported that even the Company auditor-general John Chips organized Durga Puja at his Birbhum office. In fact, the full official participation of the British in the Durga Puja continued till 1840, when a law was promulgated by the government banning such participation.”

In 1911, with the shifting of the capital of British India to Delhi, many Bengalis migrated to the city to work in government offices. The first Durga Puja in Delhi was held in c. 1910, when it was performed by ritually consecrating the ‘mangal Kalash’ symbolizing the deity. This Durga Puja, which celebrates its centennial in 2009, is also known as the Kashmere Gate Durga Puja, currently organized by the Delhi Durga Puja Samiti in the lawns of Bengali Senior Secondary School, Alipur Road, Delhi.

Evolution of the ‘Pratima’ and the ‘Pandal’

The traditional icon of the goddess worshiped during the Durga Puja is in line with the iconography delineated in the scriptures. In Durga, the Gods bestowed their powers to co-create a beautiful goddess with ten arms, each carrying their most lethal weapon. The tableau of Durga also features her four children—Kartikeya, Ganesha, Saraswati, and Lakshmi. Traditional clay image of Durga, or pratima, made of clay with all five gods and goddesses under one structure is known as ‘ek-chala’ (‘ek’ = one, ‘chala’ = cover).

There are two kinds of embellishments that are used on clay—sholar saaj and daker saaj. In the former, the pratima is traditionally decorated with the white core of the shola reed which grows within marshlands. As the devotees grew wealthier, beaten silver (rangta) was used. The silver used to be imported from Germany and was delivered by post (dak). Hence the name daker saaj.

The huge temporary canopies—held by a framework of bamboo poles and draped with colorful fabric—that house the icons are called ‘pandals.’ Modern pandals are innovative, artistic and decorative at the same time, offering a visual spectacle for the numerous visitors who go ‘pandal-hopping’ during the four days of Durga Puja. 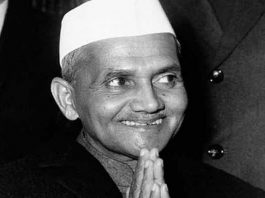 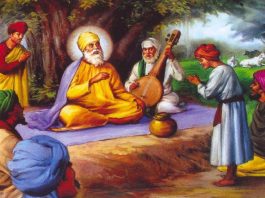 History of 10 Sikh Gurus – What’s their importance in Sikh... 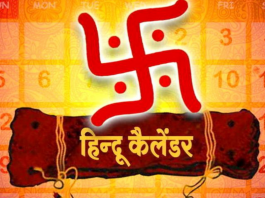 What is the Hindu Calendar System? When new year change in...

ABOUT US
Today Headline News - THN News
Contact us: [email protected]
FOLLOW US
© All rights reserved by THN News