Who is Payal Ghosh? The actress who accused Anurag Kashyap of sexual assault - THN News 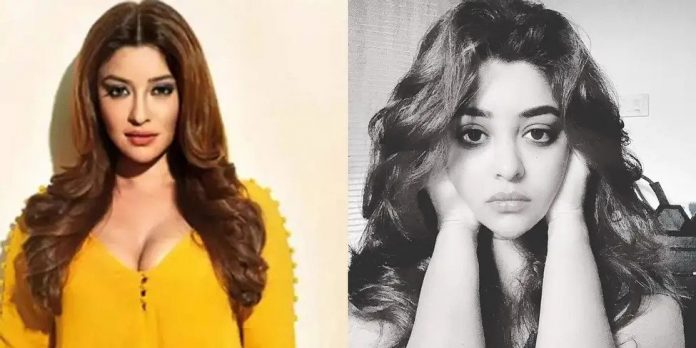 Payal took to her verified Twitter account to open up against Kashyap on Saturday evening. She tagged the office of the Prime Minister of India in her tweet.

“@anuragkashyap72 has forced himself on me and extremely badly. @PMOIndia @narendramodi Ji, kindly takes action and let the country see the demon behind this creative guy. I am aware that it can harm me and my security is at risk. Pls help!,” tweeted Payal.

@anuragkashyap72 has forced himself on me and extremely badly. @PMOIndia @narendramodi ji, kindly take action and let the country see the demon behind this creative guy. I am aware that it can harm me and my security is at risk. Pls help! https://t.co/1q6BYsZpyx

In a video released to ABN Telugu, Ghosh claimed that the incident happened in 2014-2015.

The actor, who made her Hindi debut with Rishi Kapoor-Paresh Rawal starrer “Patel Ki Punjabi Shaadi”, also claimed that Kashyap boasted about his connection with megastar Amitabh Bachchan and claimed that there were other female artistes who he got intimate with.

In a series of Twitter posts in Hindi, Kashyap dismissed the allegations, calling it an attempt to “silence” him.

The 48-year-old director has been vocal against the criticism and vilification of Bollywood by celebrities and trolls.

“Such a long time was taken to shut me up, never mind. (But) while shutting me up, you lied so much that you dragged other women also in it. Please maintain some dignity madam. All I will say is that all your allegations are baseless,” Kashyap tweeted.

Refuting the claims, Kashyap said the video is a testimony of “how much truth and false” there is.

“While placing allegations against me you dragged my artistes and Bachchan family… Madam, I have been married twice, if that’s a crime then I admit to it. I also admit that I have loved a lot, whether it’s my first wife or second.

“Any lover or all those female actors with whom I’ve worked or the team of all those girls and women that have been working with me or all those women I’ve met in private or in public. I neither behaved like this nor do I tolerate such behavior at any cost. Rest we will see what happens,” he added.

Ghosh found support in National Commission for Women, with its chairperson Rekha Sharma assuring the actor that the NCW will take cognisance of the case.

“You may send me the detailed complaint at chairperson-ncw@nic.in and @NCWIndia will look into it. @iampayalghosh,” Sharma tweeted.

So who is Payal Ghosh?

Born on November 13, 1989, Ghosh is an Indian actress. She studied at St Paul’s Mission School in Kolkata and is a Political Science graduate from Scottish Church College, Kolkata.

However, her acting career started way back in 2008 when she was 17. She accompanied a friend to an audition for Sharpe’s Peril and bagged a role in the BBC telefilm. She also played the role of a village girl who was the daughter of a revolutionary freedom fighter from Bengal. She also went on to star in a Canadian film where she played the role of a schoolgirl who fell in love with her neighbor’s servant.

Her parents, however, disapproved of Payal’s decision to pursue a career in films and during her college days, she ran away from Kolkata and came to Mumbai to live her dreams.

She then joined Namit Kishore’s acting academy. This is where her life took a major turn. She met Chadra Sekhar Yeleti at the academy who offered her the lead role in his Telugu movie Pranayam. She went on to do a few South Indian movies before entering the Bollywood world.

Vivek Agnihotri selected Ghosh for his movie Freedom but it was released in 2014. She made her debut alongside stalwarts Paresh Rawal, Rishi Kapoor and Prem Chopra in Patel Ki Punjabi Shaadi in 2017.