TikTok has been an addictive app of late across the world. The short video application wildly famous with lip-syncing teenagers around the world has taken India by storm, thus making India TikTok’s biggest global market. It has been learnt that out of half a billion users, more than 200 million users are known to be Indian and the majority of them are all kids and teenagers.

TikTok is an app that allows you to share short clips and the idea is to use dance or lip sync to ‘background music or movie dialogues’ to create the most viral clip. Recently, the app faced a massive backlash for exposing younger ones to “inappropriate” content. 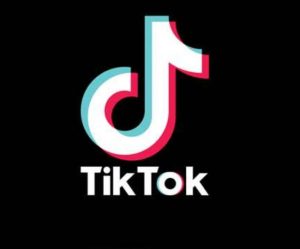 Though it has massive growth in India, it has come largely under fire for promoting misleading content. There are possibilities that TikTok could get permanently banned In India for constantly spreading hate or promoting violence, acid attacks and anti-national activities.

Earlier, Prominent lawmaker Shashi Tharoor of the main Congress party told Parliament that applications like TikTok are a “national security” threat and Indians are vulnerable to spying through the application due to nation’s severe data protection regulations.

He is also very much concerned that like other apps from China, TikTok has too a close relationship with China’s government. Tharoor went on to add saying that ByteDance’s paid influence could affect India’s democratic processes.

Ratings of TikTok app in Google Play store declined drastically after Twitter users trended hashtags demanding TikTok ban in India. Among many hashtags, a hashtag #Tiktokbanindia is now trending nationwide in the first place with around one lakh tweets.

Things started when two influencers who belong to two different video platforms had argued with each other through their videos. Now, it turned out as a massive controversy with nationwide attention. Social media users in India have brought down the rating of the app from 4.6 to 1.3 in Google play store to vent out their anger.