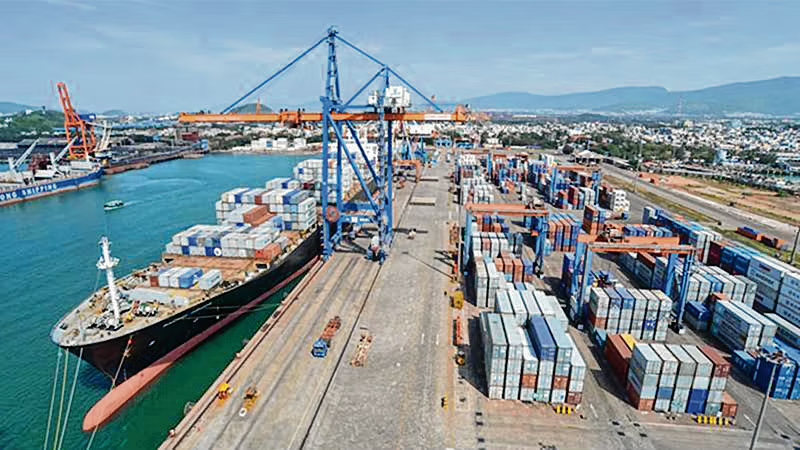 As the economy of the country limps back to normalcy with gradual unlocking of the Coronavirus Lockdown, international trade in several key items have displayed positive signs of recovery. The weekly trends for the first week of September are encouraging in this regard.

In the week 1st September to 7th September, the value of total merchandise export was USD 6.12 billion, registering a year-on-year growth of 13.35%. The export of non-Petroleum items grew by 19.1% to reach USD 5.7 billion and the exports for items other than Petroleum and Gems & Jewellery was valued at USD 5.16 billion, which went up by 23.30%. On the hand, the value of imports came down significantly across several sectors. The total merchandise imports came down by 21.37% during the first week of September, while the same declined by 14.67% and 13.85% for non-Petroleum and items other than Petroleum and Gems & Jewellery. This resulted in positive balance of trade for India for the latter two categories.

In terms of individual product groups, exports of Engineering Goods saw an increase of 18.18%, Organic and inorganic chemicals went up by 36.81%, and the exports of Drugs and Pharmaceuticals increased by 33.73%. On the other hand, exports of Petroleum Products, Gems and Jewellery, and Cashew shrunk by the highest amount, at the rates 31%, 10% and 69% respectively.

The imports of Electronic Goods continued upwards trend, which was valued at USD 73.32 million, reflecting an increase of 6%. Imports of vegetable oil and pulses increased significantly, the value of which went up by 39% and 101%.  Imports of Petroleum, Crude & products came down by 41%, Machinery, electrical & non-electrical decreased by 43% and the same for Coal, Coke & Briquettes etc came down by 36%.

Despite deteriorating relations between the two countries, economy seems to be insulated from it as China remains a major trade partner of India. During the week, India exported goods worth USD 187.61 million to China, which was an increase of 7.49. Exports to USA went up by 20.15% reaching USD 179.87 million, and Malaysia was at third place with USD 86.86 million, a 2.62% rise. Exports to UAE, Singapore and Belgium saw sharp decline, at 29.13%, 52.14% and 47.75% respectively.

Amid the Coronavirus pandemic that is not showing any sign of slowing down, these are encouraging signs for the economy. Increase in export and decrease in import in several sectors indicates that manufacturing activity is picking up with the gradual unlocking.