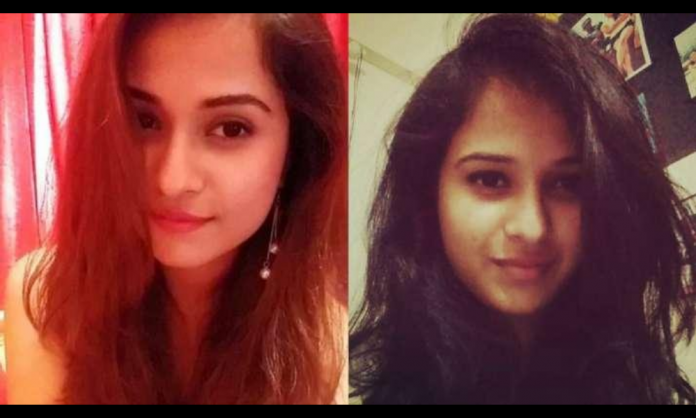 Disha Salian, the talent manager who worked with Sushant Singh Rajput some years ago and who died as mysteriously a week before the actor’s death, it now transpires, was merry-making the night that led to her ‘suicide’. Defying the Mumbai Police narrative that she had ended her life, she is found dancing to a song of a film inside a house that night, A friend of hers has shared startling information about that night. Disha fell from the 14th floor of a building days before Sushant died.

Mumbai Police, under public pressure, now says it is probing Disha Salian’s mysterious death anew. Many suspect a possible link between the deaths of Disha and Sushant.

(SSR ex-manager disha salian's last video has surfaced online.the celebrity manager was seen enjoying with her fiance rohan rai and other frnd at a prty,that officials claimed was from Jun,8 the day she passed away by alleged suicide. ) – continue…? @mamta_kale @manik_marria pic.twitter.com/GiaNWKy4uh

In text messages shared with a television channel, the ‘friend’ said the video “upon verification with the police have turned out to be true”. Disha’s friend has said that she had locked herself in a room before she was discovered. The messages were reportedly shared also on a college WhatsApp group.

However, Disha was partying with her friends and fiance on 9 June, and had consumed “a considerable amount of alcohol”, says Mumbai Police. She complained that “no one cares for anyone anymore” and locked herself in a room. Hearing the sound of a running tap, her friends assumed she was throwing up. But after a while, they knocked on the door. When she didn’t answer, they broke it down and saw that she’d fallen off the balcony. By the time they reached downstairs, the watchman had already called the police. The friend said that Disha was alive when they found her, but was declared dead at the hospital.

“Her fiancee Rohan, Himanshu from college and two of her childhood best friends Neel & Deep along with Neel’s new girlfriend were there.

This is Rohan and Disha’s house that Rohan bought because they were going to get married and move in.

She was having fam issues and usual fights with Rohan but nothing way too major with him.

4 days ago she moved to Malad to this house.

Yesterday everyone came over and they got drinking.

She had a lot to drink and started crying saying things like “nobody cares about each other anymore” and stuff.

Friends say she would get emo after drinking often.

She called my friend Jeevita at 8 pm and spoke casually about post lockdown plans.

At midnight, she video called with her friend in the UK and said the same things.

Then she was crying and Himanshu was like kya party pooper ban rahi hai types.

Next thing you know, she’s gone to the room, locked the door and turned the tap on.

They presumed she’s throwing up.

Then they kept calling out to her and no response so they broke in and she wasn’t there.

Himanshu and Deep looked down and saw what happened and ran. By the watchman already called the cops.

Her heart was still beating but the body was dismantled (14th floor) and they picked her up and put her in Deep’s car and went to 3 hospitals all refused to take.

Now Covid tests are on – if negative, after a post-mortem they’ll give the body to the family.

Meanwhile, all 4 boys are under custody but at home with cops.

Rohan is getting badgered.

Disha’s family is livid because they knew of their fights and stuff.

And everyone is in disbelief because nobody would imagine she would.”

The information puts to rest recent rumours that suggested Disha and Sushant’s deaths were connected. BJP leader Narayan Rane had said, “They should probe Sushant and Disha Salian case properly. Disha’s post-mortem was done on 9 June, she died on 8 June. The police need to investigate if she was staying with Sushant. Did the police investigate? I have information that her post mortem revealed that she didn’t commit suicide and she was killed. Why is police silent on this? This government is trying to protect those who are guilty.”

Disha’s father has said he does not suspect any foul play in her death and he is “completely satisfied” with the probe being conducted by Mumbai Police in the case, an official said. In a letter sent to assistant commissioner of police (ACP), Malvani, Satish Salian alleged that media persons were harassing his family by repeatedly questioning their faith in Mumbai Police and their way of inquiry into her death, the official said.

Sushant’s friend and housemate, Siddharth Pithani, in an interview said that the actor was distraught about his name being mentioned in connection to Disha’s death. “He met her only once in his life,” Siddharth said. “She was Sushant’s manager for only a very small time.” Siddharth added that Sushant kept crying the day he learned of Disha’s death. “His sister was there to take of him that time. She fed him, gave him water. His sister came over the day Rhea left. The following day this incident happened, and that affected him so much. He fainted also. His sister and me were in the same room. We all saw how badly it affected him.”

Mumbai Police: Disha was upset due to Rs 40 lakh loss

According to Mumbai Police sources, two professional projects of Disha did not work out due to which she lost about Rs 40 lakhs. The major financial loss was caused due to the failure of these two projects and due to lack of work, she was very upset and tensed.

Close friends of Disha Salian who were present at her Malvani house on the day of the incident have also confirmed that she used to be quite disturbed.  Mumbai Police shared that they have also asked for help from other people to share any other information if they have. Also, after the complaint of Disha’s family, police have started tracking down those who are spreading fake news on social media about Disha.