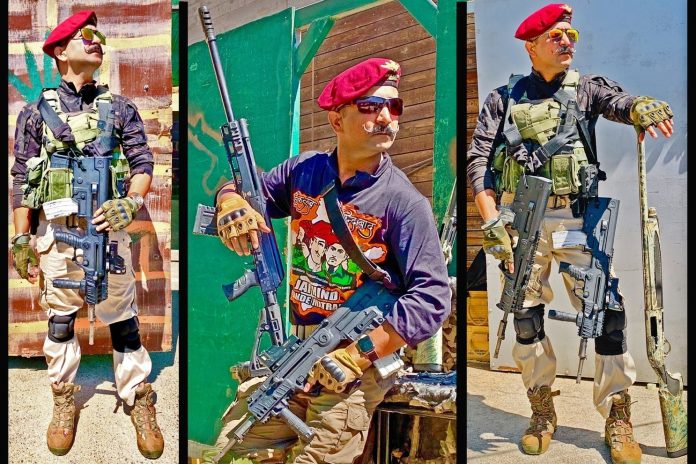 Aim: What is ‘Mission Prachand Bharat’ all about?

A selfless aim of the mission is to mentor the youth in different practical-based skills, prepare them to be accountable, employable, and generate 50 million jobs for them.

His second project, Mission Prahar, aims at women empowerment by training a minimum of 10 million women, and instilling in them the confidence to protect themselves against various threats.

Over four million women have undergone training since 1999, especially in rural India.

His Mission Prahar Education and Training Trust is working to mentor 40-50% of trainees to be instructors and generate a respectful living.

Unsurprisingly, the Grandmaster has a tremendous following that believes in apolitical patriotism, respect of the Indian Armed Forces, and great respect for a soldier’s supreme sacrifice for the holy motherland.

The patriots immensely respect Grandmaster Shifuji because he never shares any detail related to his MITTI System’s Freelance Commandos mentoring services for personal or professional branding.

MITTI industry: About MITTI: Cost-free mentoring service for the forces

He is the pioneer in the elite commandos mentoring and extreme fitness MITTI boot camps industry.

It is a cost-free mentoring service exclusively for the Special Forces, Indian Armed forces, CAPF, and Indian Paramilitary Forces.

The confidentiality maintained by him makes this technique unique.

It is the most modern armed counter-terrorism system and is considered indigenous Swadeshi Indian customized SRTs.

Fact: He graduated from Israel in the most lethal counter-insurgency combat

Grandmaster Shifuji is the only foreign citizen and the first-ever Indian citizen to have completed the graduation certificate and Ph.D. certificate from Israel in the most lethal counter-insurgency, counter-terrorism, and wholly equipped urban combat.

Details: The program is customized for armed close-quarter battles

The program is customized for armed close-quarter battles with and without SRW or LRW.

It focuses on the responsive reflexes, invisible upper body agility, strength, and the rule of “NO RULE” in armed direct urban warfare.

He is one of the world’s top two living legends, the other being the founder & CEO of Caliber 3, Colonel Sharon Gat from Israel.

He also has programs for paramilitary forces and Central Armed Police Forces.

Details: He considers himself ‘Ek Samanya Bharatiya,’ is a Kallaripayattu Guruswamy

As a freelance commandos mentor, he is an expert on Customized Counter Terrorism, Counter Insurgency, Tactical modern and traditional warfare art forms, and the ‘akhada’ and ‘desi’ system.

He is a Kallaripayattu Guruswamy, one of Verm and Marma Kalari’s greatest expert guru, a Bollywood action designer, and an action consultant.

Filmy connection: He has worked with several prominent Bollywood and Israeli celebrities

Grandmaster Shifuji is well known for being the mentor, life coach, and master of Tiger Shroff, Ahan Shetty, and Subhan Khan Nadiadwala.

As an action consultant and action designer, he has worked with Warda Khan, S. Nadiadwala, and several Israeli filmmakers.

He has also worked with prominent Bollywood celebrities like Ajay Devgn, John Abraham, Shraddha Kapoor, Javed Jaffrey, and Nora Fatehi, among others.

Shifuji takes inspiration from revolutionaries like Bhagat Singh, Chandra Shekhar Azad and maintains a similar mustache, and wears clothes with the revolutionaries’ faces printed on them.

He wants to unite the nation against threats, preparing the youth to be ready for action.