What does President-elect Joe Biden mean for India and its relationship with the US? - THN News 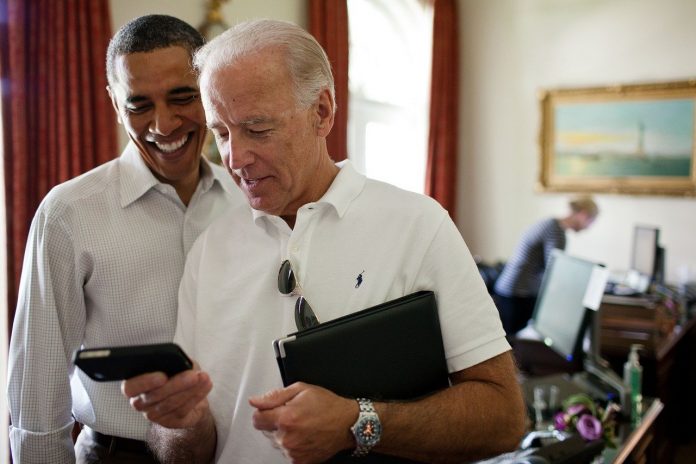 Democrat Joe Biden has been declared the winner of the 2020 US presidential election, defeating Donald Trump, according to news agency The Associated Press.

So, will Joe Biden be good for India?

This is something every Indian wants to know. Here is what his stance could be like in some key areas, judging by his past record and statements.

Has Joe Biden been a friend of India?

Much before he became Vice President in the Barack Obama administration, Biden had advocated a stronger relationship with India.

Biden played an important role, both as Chairman of the Senate Foreign Relations Committee and later as Vice President, in systematically deepening strategic engagement with India.

In fact, in 2006, three years before he became the Vice-President of the US, Biden announced his vision for the future of US-India relations: “My dream is that in 2020, the two closest nations in the world will be India and the United States,” he had said.

Although (then) Senator Obama was initially hesitant to support the Indo-US nuclear deal, Biden led the charge and worked with both Democrats and Republicans, to approve the nuclear deal in the US Congress in 2008.

What was his contribution during his term as VP in the Obama administration?

Biden was one of the key advocates of strengthening the Indo-US partnership, especially in strategic areas. During that time, the US officially declared its support for India’s membership in a reformed and expanded United Nations Security Council. This had been a key demand of successive Indian governments, which was fulfilled by Washington during Biden’s term as VP.

The Obama-Biden Administration also named India a “Major Defense Partner” – a status approved by the US Congress – which made it easier to share advanced and critical technology to India to strengthen defence ties. This was crucial since it was for the first time that any country was given this status, outside of the US’s traditional alliance system.

In fact, in August 2016, at the fag end of the Obama administration, the two sides signed the Logistics Exchange Memorandum of Agreement (LEMOA), the first of the three “foundational pacts” for deeper military cooperation.

LEMOA is extremely useful for India-US Navy-to-Navy cooperation, since the two countries are cooperating closely in the Indo-Pacific. To put the usefulness of this agreement in simple terms, it is like being able to stop at a friend’s garage or workshop to refuel your car or get it repaired when you are far away from your own home or workshop.

What has Biden’s approach been towards terrorism?

Obama and Biden also strengthened cooperation with India to fight terrorism in each of their countries and across the region.

“Biden believes there can be no tolerance for terrorism in South Asia – cross-border or otherwise”, his campaign document says.

While there is not much he said during his time in the administration on Pakistan-sponsored terrorism, New Delhi hopes that he will be carrying forward the legacy of the US administration’s approach towards India-Pakistan when it comes to cross-border terrorism.

How is the Biden administration going to look at China?

Over the last few few years, there has been a realisation in Washington about China’s aggressive behaviour and there is a somewhat bipartisan consensus amongst the Democrats and the Republicans on China as a strategic rival and a threat.

While the Trump administration has been extremely vocal in India’s support in the last six months of the border-stand-off with China, New Delhi will expect a similar approach from the Biden administration as well.

One will have to wait and watch if Biden follows the same path, but there could be nuancing of the language and the rhetoric from US officials.

“A Biden Administration will also work with India to support a rules-based and stable Indo-Pacific region in which no country, including China, is able to threaten its neighbours with impunity,” his campaign document says.

While Trump administration officials including Secretary of State Michael R Pompeo had been attacking the Communist Party of China quite openly, Biden administration’s language might be more calibrated.

What about immigration and visas for Indians, specially H1B visas for skilled professionals?

This has been a major concern for Indians under the Trump administration. As Democrats are seen to be more liberal on immigration, Biden is expected to be softer towards Indians who go to the US to study, work and live there, and aspire for a better life.

But as the Trump administration has tightened the rules, it may not be very easy for Biden to reverse some of the approaches adopted in the last four years.

What about his attitude towards human rights issues, especially since Kamala Harris — his Vice-President — is a fierce advocate for human rights?

This is a major concern for the Indian government, which has got support from the Trump administration on the issue of Jammu and Kashmir.

Although some US Congressmen and women had raised red flags on the human rights situation following the revoking of Article 370 and passage of the Citizenship (Amendment) Act alongside the proposed nationwide NRC, the Trump administration had not taken any actions beyond making some perfunctory statements.

But with Democrats in power, the Indian government can expect some tough statements from the Biden administration on these issues.

Biden has been “disappointed by the measures that the Government of India has taken with the implementation and aftermath of the National Register of Citizens (NRC) in Assam and the passage of the Citizenship (Amendment) Act into law”, the Biden campaign’s policy paper had said.

“As the world’s oldest and largest democracies, the United States and India are bound together by our shared democratic values: fair and free elections, equality under the law, and the freedom of expression and religion. These core principles have endured throughout each of our nations’ histories and will continue to be the source of our strength in the future,” Biden’s campaign document says.

Overall, will he be a good President for India?

Over the last 20 years, every US President — Bill Clinton, George W Bush, Barack Obama and Donald Trump — had differences on many issues, but if there was one common theme on which all of them agreed was this: a stronger relationship with India.

What that means is that there has been a tradition of bipartisan support in favour of better ties with India, and every US President has made it better than what he inherited from his predecessor over the last two decades.

So, to cut a long story short, there is no reason to believe that Biden will not continue the tradition – but of course, he will have his own style and nuances, and will put his personal stamp on the relationship.