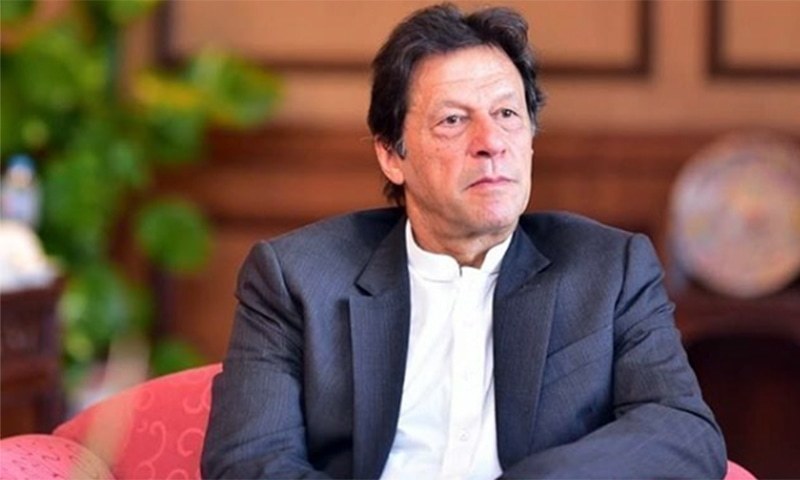 The condition of the country has been deteriorating ever since the Prime Minister Imran Khan, who gave the new Pakistan slogan, came to power. On one hand, there is uncontrollable inflation and on the other hand, the increase in the prices of gas and oil has all made the condition of common man thin. To break ties with India on this has been a step like suicide for Pakistan. China’s debt to Pakistan is also a major reason for this deteriorating condition. This is the reason that this time Eid too has been more or less there. People have even asked PM Imran Khan on the decision to break Indian relations, what grass should he eat.

Failed on every front,
Let Imran tell you that many things used in Pakistan go from India. Among them, tomatoes and onions are special. His government completed one year on 18 August 2019. During this one year, he has proved to be a complete failure on every front. Whether it is the issue of stopping terrorism or the development of the country, the government of Imran has been able to satisfy neither its people nor the world on any front. Its living proof is that sword of FATF which has been hanging over Pakistan for the last nearly two years.

Difficulties of common man increased in last one year. There is also a discussion in the media of Pakistan that common people have faced difficulties during the one year tenure of Imran government. For the first time since 2011, it is seen that the inflation rate in the country has crossed the double-digit figure. Not only this, according to the government’s own estimate, it is expected to increase to 11 percent.

Increased inflation in every sector,
According to Pak media CNG, PNG, rupee depreciation, prices of essential commodities and increase in taxes are loosening the pocket of the common man. The price of one dollar has gone up to Rs 35 in the last one year. In August 2018, the price of one dollar was 123, now it has increased to 158. At the same time, the price of petrol has increased from Rs 95.24 to 117.84 and diesel has increased from Rs 112.94 to Rs 132. The ability of the Imran government and its failure can also be gauged from the fact that when he came in the government, the price of CNG was Rs 81.70 which has now reached 123 per kg. This price is also not stable. It is expected that this will increase further.

From bread to milk, expenses things should also be considered. The price of chapati and naan has increased from two rupees to 12 rupees since Imran came to power. Apart from this, the price of Shrimal and Taftan, which is a type of bread, has been up to 40 rupees. Talking about the price of bread, before Ramadan, its prices had increased by eight percent, after Eid, it has seen a rise of nine percent.

Prices of steel, oil, ghee, and sugar also increased. Sugar prices have gone up by Rs 12 after Imran came to power. The steep rise in steel prices has also been seen after Imran came to power. It used to cost Rs 103,000 in August last year, which has now risen to 120,000 per tonne. Similarly, the prices of cement have gone up by a hundred rupees in the last one year. Prices of pulses ranging from ghee and oil have gone up by Rs 100-150. Similarly, milk and ghee are also present. It has gained Rs 20-30 after the Imran government.

Inflation hit farmers in Pakistan,
The rising inflation has not only hit in one area, but it has seen a tremendous impact in every region. The farmer has also not remained untouched by this. Farmers have to pay up to Rs 300 more for urea or fertilizer. At the same time, electricity prices have increased. As far as the increase in electricity prices is concerned, then tell you that the government has reduced the subsidy on this. Even people are now paying more money for sweets. Tea or milk packets have all hit inflation. The price of powdered milk has increased by about two hundred rupees in the last one year.