How to Make Money from ShareChat in 2023 - THN News 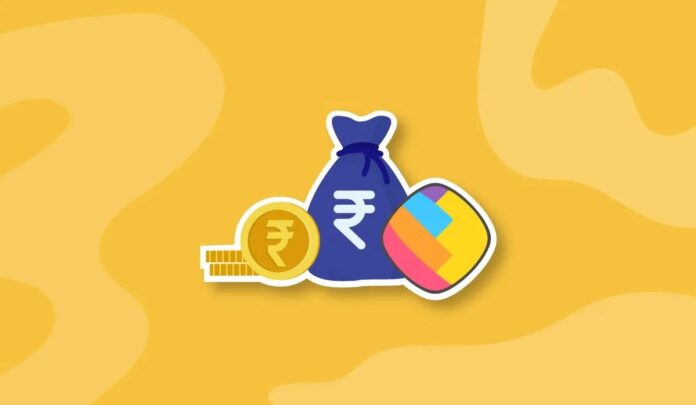 What’s staggering about living in the current landscape is the various ways of making money online at our disposal. There are tons of platforms that allow their users to earn big bucks. One platform that has become the talk of the town is the Share Chat App.

What is The ShareChat App?

It is an Indian social networking service created by the Bangalore-based Mohalla Tech Pvt Ltd. Incorporated on 8 January 2015, ShareChat App, was founded by Bhanu Pratab Singh, Ankush Sachdeva, and Farid Ehsan. Since its launch, the app has gained over 160m+ users. As of today, the app is valued at over $3 billion.

Why Has The ShareChat App Become So Popular?

The reason it has become so popular in the Indian market is multifold. Firstly, it acts as an entertainment source for individuals. Individuals get to see videos, images, memes, and more on the app.

All that becomes possible due to factors like private messaging, a personal messaging feature, and tagging. In this way, the ShareChat App combines fundamental attributes of famous apps like Instagram, Whatsapp, and Tik Tok within a single app.

Secondly, this app is available in 15 Indic languages. Users can use ShareChat Hindi, ShareChat Malayalam, amongst other versions. As a result, individuals get to share language-based and regional content.

Additionally, it allows users to become content creators by uploading their videos and images. Using the ShareChat app, one can make videos within minutes.

When Tik Tok got banned by the Indian government in 2020, the ShareChat App was quick to capitalise on the same. The organisation launched the Moj app with features similar to Tik Tok. That is why it allowed them to grow substantially.

But that’s not all. ShareChat also allows its users to make money on their app. Read on to know how you can use the Share Chat app to make money.

How To Make Money on The ShareChat App?

Once you’ve decided on a niche, post content around the same. Now let’s get into the different ways of making money on the app.

Like other social earning apps, ShareChat also gives you money every time you refer the app to a friend. All you have to do is invite your friends via different mediums or a direct referral link.

In order to get your referral link, you have to click on the coin icon available on top of the app. An individual can get up to INR 40 for every referral. However, one can only send 20,000 referrals or invitations in a month.

Users get their referral money in the form of ‘Lifafa’. The first and second Lifafa can be redeemed instantly. For the others, however, there’s a four-day waiting period.

So you can advertise the products or services of organisations on the ShareChat app and earn a commission on the same.

ShareChat app has a Champion program using which individuals can earn money. However, this method of making money is slightly complicated. It requires you to participate in the ShareChat campaign.

Within a few days of uploading the five videos, a star icon gets displayed on your profile. The minute this icon comes on your profile, you can start participating in this program. When you click on the star icon, leadership will get displayed. You can earn up to INR 50,000 with the same.

But for that, your profile must get selected. In order to ensure you get selected, make your videos as creative and unique as possible. The team behind the program keeps a close eye on the originality of your content. So avoid posting someone else’s content at all costs.

If selected, the team will check the statistics of your top three videos. These will be the most liked and shared videos among the ones you uploaded for the competition. After that, a weekly rank will be created. That is, your profile will be given a score.

You will earn money based on your weekly rank at the end of every month. The money you’ve earned gets transferred to your Paytm account.

Individuals who are active content creators on the ShareChat app and have a big following can earn money, on the app, through paid promotions. You can give shoutouts to smaller brands and organisations and get money from the same.

The charges will depend on your reach and engagement. Moreover, you can also bag deals from prominent brands from your niche if you have a significant following.

5. Driving Traffic To Other Social Platforms

Unlike YouTube and Facebook, you can earn money directly through your content on the ShareChat app. Apart from the earning methods mentioned above, you can also drive your audience to other social platforms.

For instance, if you have a YouTube channel, driving your ShareChat’s audience there can help immensely. Not only will it increase your video’s views, but it will also allow you to boost your subscriber base. As a result, you’ll be able to earn money through YouTube using the ShareChat app.

Making money online isn’t always easy. That’s where the power of social apps comes in handy. You can earn money using social networking apps by investing a couple of hours daily. The ShareChat app is an efficient, modern way to make money online.

If you thought that the ShareChat App was all about entertaining videos and memes, then you’ve been living under a rock. However, making money on this app isn’t all that easy. It requires you to uniformly post original content and work on growing your follower base.

If you’re a student or someone looking to earn a few bucks online, then the ShareChat app can be exceedingly beneficial for you. All the different ways of acquiring money on the app above come tried & tested. So go ahead and pick the one that works for you. You can also use these techniques simultaneously to start earning immediately.