Asus ROG Phone 2 will be launched on July 23, know the features - THN News 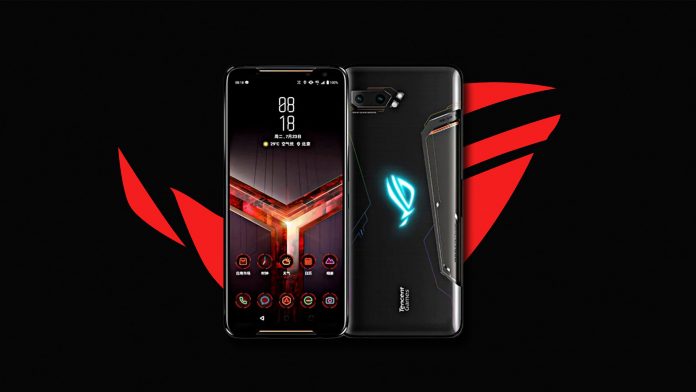 Companies have also been affected by the increasing craze for smartphone users playing games. In such a scenario, various companies have introduced a gaming-based smartphone keeping a special interest in these users. In this episode, the name of another gaming smartphone will soon be added, which will be launched on July 23. This phone is made by Taiwanese smartphone manufacturer Asus, ROG Phone 2

Update version of Asus ROG phone
This phone is an update version of Asus ROG phone, which will see many major changes. The new ROG Phone will have a 120Hz display, while earlier phones were given 90Hz displays. This will be the first smartphone with 120Hz AMOLED display. More information about this phone has not been revealed at the moment. Let me tell you that before this, many gaming smartphones have been launched earlier. These include smartphones such as BlackShark 2 and Nubia Red Magic 3.

BlackShark 2
Talk about BlackShark 2, this phone comes with a liquid cooling system so that it will not heat much while playing the game. The BlackShark 2 has a 6.39 inch True View AMOLED display, which gives a resolution of 2340 x 1080 pixels. This phone has a fifth-generation in-display fingerprint sensor. To give power to this phone, it has a 4000 mAh battery, which supports 27w charge.

Dual camera setup has been given for photography in this phone. It has a primary 48 megapixels and a 12-megapixel camera sensor. At the same time, this phone has a 20-megapixel front camera for selfie and video calling. It has a Qualcomm Snapdragon 855 processor. Apart from this, Adreno 640 GPU chip has been used in this phone to improve the gaming experience.

Nubia Red Magic 3 is
the second Nubia Red Magic 3, this phone also comes with liquid cooling technology. It runs on Android 9 Pie operating system. The company has given Qualcomm Snapdragon 855 processor in this phone. For the same graphics, there is the Adreno 640 graphics processing unit (GPU) in it. This phone has a 6.65-inch FHD + HDR AMOLED display in this phone.

Talk about the camera, it has a 48-megapixel rear camera, which comes with the Sony IMX586 sensor. At the same time, a 16-megapixel front camera has been given for selfie and video calling. In this smartphone for power, the company has given 5,000mAh battery in the phone. Red Magic 3 comes with 30W Quick Charging feature. It can play one hour of gameplay on charging 10 minutes.