Shekhar Gupta, the owner of the online news portal, The Print, and the Chief of Editor’s Guild, while speaking at a discussion on ‘How India Voted’ admitted that journalists chose to ignore the effects of Modi government’s welfare schemes before the elections. “I have to say this very honestly that we journalists at the commentariat chose not to see it. Even when we see it we compulsively try to deny it”, said Gupta. The original discussion was uploaded on the Centre for Policy Research’s (CPR India) YouTube page and was extensively viewed and reported in May 2019. However, now the full-length discussion seems to have been deleted from the YouTube page of CPR India.

If one goes to the CPR India YouTube page and checks the chronology of the videos, one sees only Part 2 of the video and not Part 1. It was in Part 1 that Shekhar Gupta, who has traditionally been seen as a journalist who has opposed Prime Minister Modi, had admitted that the media fraternity deliberately ignored the positive effects of the welfare schemes introduced by PM Modi.

On 31st May 2019, OpIndia had published an article where the details of Shekhar Gupta’s comments were covered threadbare. In the article headlined, “Shekhar Gupta admits that journalists chose to ignore the positive effects of Modi government’s welfare schemes”, OpIndia had also embedded the YouTube video that has now gone missing. When looks at the 2019 article, the embedded video shows that it is no longer available.

Though the video is unavailable now, OpIndia cannot confirm whether CPR India uploaded the video again and perhaps, has kept it either unlisted or in ‘private’ Modi. Currently, only the second video is available on the CPR India website.

The video still up on The Print channel

The video that has now been pulled down by CPR India is still available on the YouTube channel of The Print and can be viewed.

What Shekhar Gupta had said in the now-deleted video

In the now-deleted video, Shekhar Gupta had candidly admitted that the media looked away from the achievements of the Modi government. “I have to say this very honestly that we journalists at the commentariat chose not to see it. Even when we see it we compulsively try to deny it”, said Gupta.

“The vote has been bullshitted for too long in the name of schemes. The voter in this country does not trust the Congress schemes. Forget it. Anything that happened in the past, very little got to her”, he added.

Gupta confessed that though he was looking for the evidence against the schemes of the Modi government he did not find any evidence. “We were hoping to see evidence for the contrary but we were not finding it. We were finding gas cylinders. We would even peek inside a house and find a gas cylinder”, said a disappointed Gupta.

He said that the government was using the JAM trinity, the Jan Dhan Account, Addhaar and Mudra loan, which the left-liberals hate, to successfully help people. He said, “initially I thought that Mudra loans were rubbish, that these were all fakes. But I have videos… 50 kms from Azamgarh, a Dalit saying that I got Rs 50,000 Mudra loans, made this chai shop, I repay Rs 1,300 every month. If I don’t repay on time, the bank manager sends somebody to me. And then I came back and checked the larger data, 4.81 crore people have got Mudra loans, and Rs 2.1 lakh crore has been disbursed.”

Then Shekhar Gupta says, “Now I have to say this very honestly, that we journalists and commentariats, chose not to see it. And even when we see it increasingly, we compulsively tried to deny it. ‘Oh they got the gas cylinders, but they can’t afford the next cylinder. The next one is full price.’ But that is a lie, the next one is not full price. The next one you pay full price, you get the subsidy amount back at your bank account.”

“The fact is that these people had never seen the delivery of anything. And even if they got any delivery they had not seen the delivery of anything without having to pay bribes for it including in most cases NAREGA wages. It’s a big change. It’s a big governance exercise. You may like it you may not like it but smart people are learning from it”, Gupta said talking about how the Modi government changed the governance in the country. 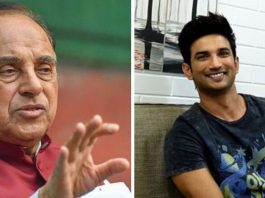 Subramanian Swamy Appoints An Advocate For The CBI Probe to investigate... 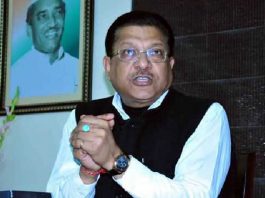 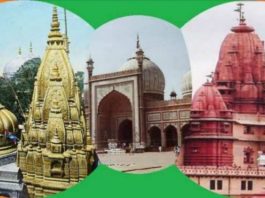