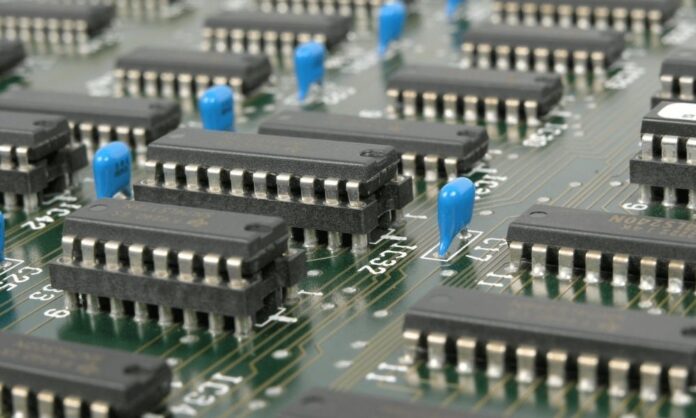 This article will give you additional information about PLCs and Modicon PLCs.

The history of the PLC (Programmable Logic Control) appeared in the 20s century.

As a part of this story, a company called Bedford Associates proposed a system called Modular Digital Controller or MODICON to a car manufacturing company in the United States.

The MODICON 084 was the first commercially produced PLC. With this System, when production needed to be varied, it was ready to continue working.

In the relay-based system, these had a limited lifetime. They required strict maintenance. The wiring of many relays in the system was very complicated. If a fault occurred, the error detection was very tedious and slow.

This new controller (the PLC) had to be easily programmable, its useful life had to belong, and it had to be resistant to harsh environments. This was accomplished with known programming techniques and by replacing the relays with solid-state elements.

In the mid-1970s, the AMD 2901 and 2903 were very popular with MODICON PLCs. At that time microprocessors were not that fast and could only be compared to small PLCs. With the advancement in the development of (faster) microprocessors. PLCs are depending more on them.

The ability to communicate between them appeared in approximately 1973. The first to do so was Modicon’s Modbus.

PLCs could even be remote from the machinery they controlled. Unfortunately, the lack of standardization due to the constant change in technology made this communication difficult.

In the 1980s, an attempt was made to standardize the communication between PLCs with the General Motors Manufacturing Automation Protocol (MAP). In those times, the size of the PLC was reduced, its programming was carried out by personal computers (PC) instead of terminals dedicated only to that purpose.

In the 1990s, new protocols were introduced, and old ones were improved. The latest standard (IEC 1131-3) has attempted to combine the programming languages ​​of PLCs into a single international standard.

Now you have PLCs that are programmed based on a block diagram, instruction lists, C language, etc. relatively. It has also been the case that personal computers (PCs) have replaced PLCs.

Schneider Electric has been mentioned in the Fortune Global 500 more than once for achieving profits. The company is publicly traded on the Euronext stock exchange. In 2019, the company recorded revenues of more than 27.2 billion euros.

The Schneider Electric Group is the parent company of companies such as Square D, ABC, and others. It is also a research company, investing 5% of its annual revenue in research and development. It also announced an investment of nearly €10 billion in innovation and research and development in sustainable development between 2015 and 2025. The company has 20,000 patents active or under application worldwide.

In 1836 the company was first called Schneider and C. In May 1999, it was named Schneider Electric.

You can find additional information about the history of PLC of Modicon PLC series by visiting Schneider Electric website or Googling Mro Electric.