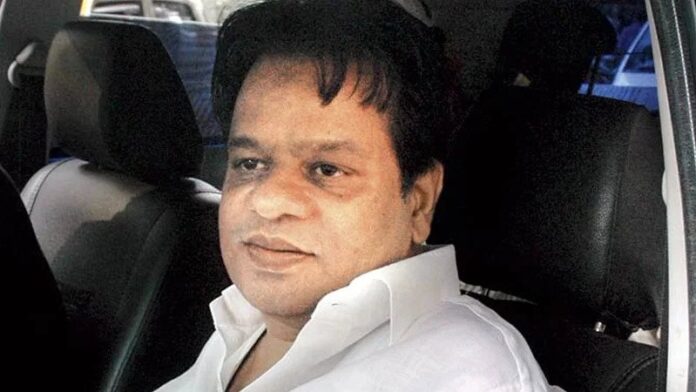 Mumbai: Iqbal Kaskar, younger brother of fugitive underworld don and global terrorist Dawood Ibrahim, was arrested by the Narcotics Control Bureau (NC) on Friday. Kaskar was produced before a local court in Bhiwandi which has remanded him to NCB’s custody for two days.

NCB officials said that Kaskar’s name had cropped up during the questioning of Shabir Usman Shaikh and Nizamuddin Ahmad Taza who were arrested with 12 kilograms of hashish from Padga in Bhiwandi on June 23. “This is the second case against Kaskar,” said an NCB officer, requesting anonymity.

On Wednesday, NCB had taken a production warrant from the court to examine Kaskar after his name cropped up during the questioning of Kamlesh Gupta, Amit Prakash Patel, Rajvinder Singh, Gurmit Singh who were arrested on June 14 with two kilograms for hashish and cash worth Rs 2.20 lakh from a lodge in Dadar.

“A room was booked in the lodge where the dealing of drugs was going on between the receiver and the supplier when the NCB team raided the place. Further interrogation of the accused, it came to the notice that Rajvinder Singh and Gurmit Singh had travelled from Punjab to Mumbai on a two-wheeler and were carrying the contraband in their backpack,” said an official.

Based on Kamlesh Gupta’s interrogation, a team of NCB Mumbai raided the house of Noor Mohammad Jumman at Chunabhatti, and recovered 3.3 kilograms of hashish and more cash worth Rs 2.20 lakh. Preliminary investigation has revealed that the seized hashish originated from Kashmir. A case has been registered in connection with this raid.

In a follow up operation, NCB had identified and seized two motorcycles at Dadar on Tuesday. “During thorough examination, a false cavity was detected in the petrol tank of the said bikes. Total 9 kilograms of hashish was recovered from the cavity of petrol tanks made by the peddlers. These bikes have been used for drug trafficking by the earlier arrested accused Rajvinder Singh and Gurmit Singh who were caught with 17.3 kilograms of Hashish last week,” added the NCB official.

“Kaskar’s name had cropped up in this probe and we have sought his production warrant from the court to examine him in the said case. He will be brought to the NCB office and will be examined,” confirmed an NCB official. Kaskar was deported from the UAE in 2003 and was arrested by the Thane Police in September, 2017 in connection with an investigation into an extortion case.