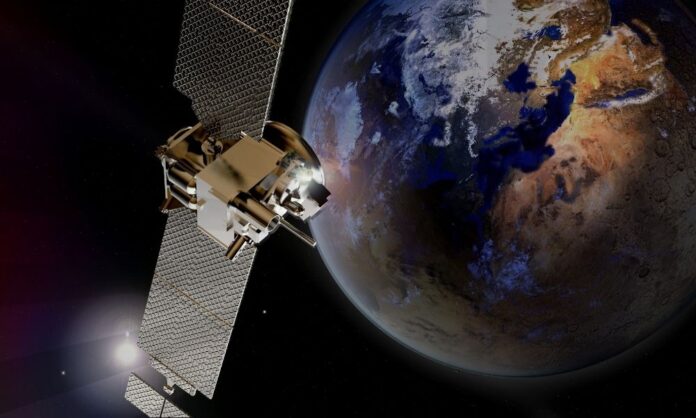 Reliance Jio Infocomm’s newly formed satellite unit has recently applied to the Department of Telecommunications for global mobile personal communication by satellite services (GMPCS) license, and has become the second telecom company after Bharti Airtel to throw its hat in the nascent Indian Satcom ring.

Jio Satellite Communications Ltd (JSCL) was incorporated a couple of months ago, marking the Mukesh Ambani-led telco’s formal entry into the segment where it will compete with Bharti Group backed-OneWeb, Elon Musk’s Starlink, Amazon’s Project Kuiper, and the Tata-Telesat combine for a share of the new age broadband-from-space segment.

Jio’s entry had been widely anticipated as the company had expressed strong views around the mode of allocation of satellite spectrum, satellite gateway operations and the choice of airwave bands at various fora. However, this has been the first official move by its satellite arm to pitch for a full-blown satellite services permit.

“JSCL is likely to lease or resell satellite bandwidth capacity to offer cellular backhaul connectivity services to telcos in India’s rural or remote corners where mobile broadband connectivity is weak,” a person aware of the matter told ET on condition of anonymity.

Jio’s new satellite arm might also be open to offering satellite broadband services to potential customers in other industry verticals such as aviation and maritime, said one of the people.

Until now, only OneWeb has applied for a GMPCS license, for its services leveraging the company’s low-earth orbit (LEO) global satellite constellations. But it is yet to get permitted.

The India launch of Musk’s Starlink – originally planned in 2022 – remains uncertain in the aftermath of the DoT and the telecom regulator recently rebuking the US firm’s Indian arm for taking pre-bookings without any sort of license or authorisation to offer satellite broadband services in the country. Subsequently, Starlink’s India head, Sanjay Bhargava quit and the company has yet to name a successor.

Amazon has also reportedly been eyeing the emerging satellite broadband market in India as a part of its global space internet initiative, Project Kuiper. Tata group company Nelco has announced plans to partner with Canadian satellite player Telesat to launch satellite broadband services in India under the latter’s ‘Lightspeed’ brand by around 2024.

India is a key emerging market according to experts

Experts have stated that they see India as a key emerging market for broadband from space services with an over $1 billion near-term annual revenue opportunity. E&Y estimates that India’s satellite services market would grow to $4.7 billion by 2025 since even today nearly 75% of rural India does not have access to broadband as many locations still do not have cellular or fibre connectivity.

Analysts have said that using satellites to boost mobile broadband coverage in rural areas where there aren’t enough mobile towers or terrestrial backhaul links via fibre networks could be a big moneymaker in a B2B scenario. The relatively new broadband-from-space segment is already becoming a new battleground where Jio and other satellite operators are competing to win.

In recent submissions to Trai, Jio had urged the regulator to recommend spectrum allocations via auctions alone for establishing and operating satellite gateways. It said that such a move would also comply with the ‘same service, same rules’ principle. Jio also said its suggestion would be in step with the Supreme Court’s 2012 verdict that backed airwaves allocation via auctions. Jio’s stance, though, is directly in conflict with those of global satellite broadband operators such as Amazon, OneWeb, Hughes Communications, and Telesat who have backed administrative allocation of such airwaves in step with global practices.