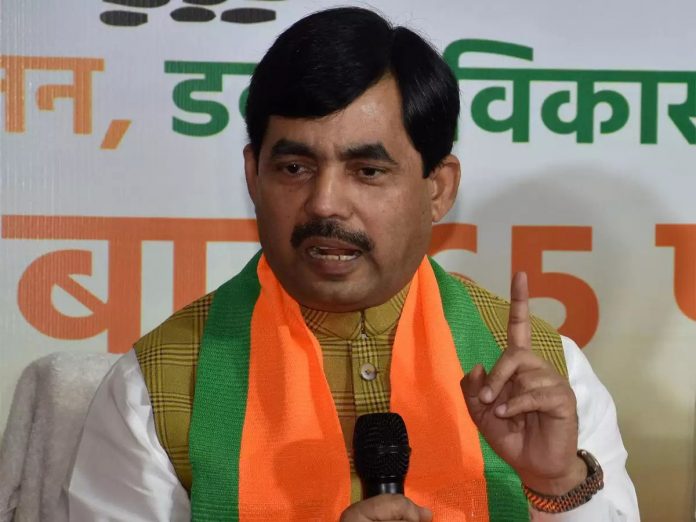 The BJP on Friday said any challenge to the abrogation of Article 370 in the Supreme Court was not a sub-judice matter, asserting that no power in the world can restore the special provisions of the erstwhile state of Jammu and Kashmir.

Several mainstream parties of Jammu and Kashmir have challenged in the apex court the Centre’s August 5, 2019 decisions of abrogation of Article 370 and bifurcation of the erstwhile state into two union territories.

He was responding to a question about the petitions challenging the constitutional validity of the changes made on August 5, 2019.

The BJP leader said the Article 370 was buried and would never be restored in Jammu and Kashmir, and alleged that parties of ‘Gupkar alliance’ were befooling people by making promises over its restoration.

“We believe that when someone dies, he cannot return from the grave. Article 370 has also been buried and it will never return. It can never be restored and no world power can help in its restoration,” he said.

Hussain, who is the party’s incharge for Kashmir for the polls, said NC president Farooq Abdullah and PDP chief Mehbooba Mufti were befooling people by showing them dreams, but asserted their dreams would never come true.

“… There is no big a lie than that. These are the same leaders who were claiming Article 370 cannot be scrapped and even stated that nobody in J-K will raise tricolour if it is scrapped. However, the people are now raising tricolour without any objection,” he said.

Hussain said the leaders of the People’s Alliance for Gupkar Declaration (PGAD) – an amalgam of several parties, including the NC and the PDP, seeking the restoration of the special status of the erstwhile state – had accepted the Centre’s decision of revocation of Article 370.

“They have accepted this decision and are now participating in the elections. They have ganged up. They have befooled the people of J-K. They have indulged in politics over the bodies of the youth of J-K to save their chair. They are sinners and no one will forgive them. They have committed big sins and are worse than gangsters and they live only for power and to benefit their families and relatives,” he said.

Referring to the DDC polls, he said the lotus – the BJP’s election symbol – will bloom in the valley like the rest of the country.

“The polls are not a referendum. This is a local body election, about local issues. This is not about national politics,” he said, when asked if the BJP losses the DDC polls, would it mean that the people of Kashmir have not accepted the abrogation of Article 370.

Seeking people’s support for the polls, the former Union minister said the party would live up to the people’s expectations.

“We are concerned about the people of Jammu and Kashmir and will ensure the development, which is the right of people and will be given to them. The J-K will see a new dawn of development and for which the work has already been started. Give the BJP a chance and God willing, we will live up to your expectations,” he said.

Hussain said it was the desire of Prime Minister Narendra Modi to see massive development in J-K.

“Jammu and Kashmir is in the heart of PM Modi and he wants to develop it like other parts of the country. J-K has the capability to give employment not only to the people here, but to the outsiders as well,” he said.

On a question about the eviction of nomads from forest areas, Hussain said nobody can snatch the lands of the people of J-K.

“This is only propaganda. The laws have already been implemented and the rights of the Gujjar and Bakerwal community will always be protected,” he said.