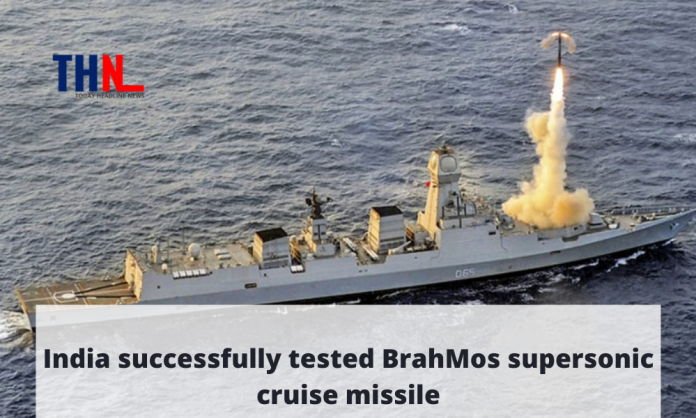 DRDO made a public statement about the test and marked that the missile successfully hit the designated target with pinpoint accuracy. As a prime strike weapon, BrahMos is a highly versatile weapon jointly designed, developed, and produced by India and Russia. It is made under BrahMos Aerospace, which is an India-Russia joint venture. BrahMos missiles can be launched from ships, aircraft, submarines, and land.

G Satheesh Reddy, Chairman DRDO, congratulated the scientists and personnel involved in the mission. He added that He stated that BrahMos missiles will add to the capabilities of Indian Armed Forces in many ways.

India has test-fired several missiles in the last few weeks, including the anti-radiation missile Rudram-1. The original 290-km range BrahMos has already been deployed in Ladakh as well as Arunachal Pradesh during the ongoing military confrontation with China. Indian armed forces have already inducted the land and warship-based versions of the BrahMos missiles, which fly almost three times the speed of sound at Mach 2.8.