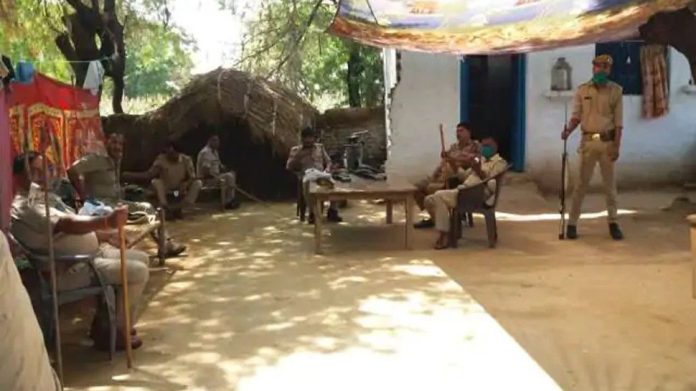 Days after three men in Uttar Pradesh’s Hathras district were held for the gangrape of a 19-year-old Dalit woman, police on Saturday arrested the fourth accused and said that they will be submitting all documents pertaining to the case in a fast-track court.

The gangrape occurred on September 14, when the accused dragged the woman into a field and gangraped her, leaving her severely injured and unconscious. Police said her spinal cord and neck were damaged because she was strangled with her chunni. The accused also cut her tongue off.

The woman was shifted to an Aligarh hospital for treatment, where she is currently on ventilator. On Wednesday, she regained consciousness and gave her statement to the police, on the basis of which three men – Sandeep, his uncle Ravi (35) and their friend Luv Kush — were arrested.

On Saturday, Hathras SP Vikrant Vir said the fourth accused, Ramu, has been arrested and sent to jail.

“We have registered a case under (IPC) sections of gangrape, attempt to murder and SC/ST Act. The accused persons are being interrogated. We have compiled all the evidence from the spot and are in the process of filing a chargesheet. We want the family to get justice and will be submitting all documents in fast-track court for immediate action,” Vir said.

Meanwhile, the woman remains critical and has quadriplegia (paralysis in all four limbs), doctors said. “She sustained severe injuries on her neck and back and is not able to breathe properly. We are treating her and she is on a ventilator. If required, we will be referring her to a Delhi hospital…,” one of the doctors treating her said.