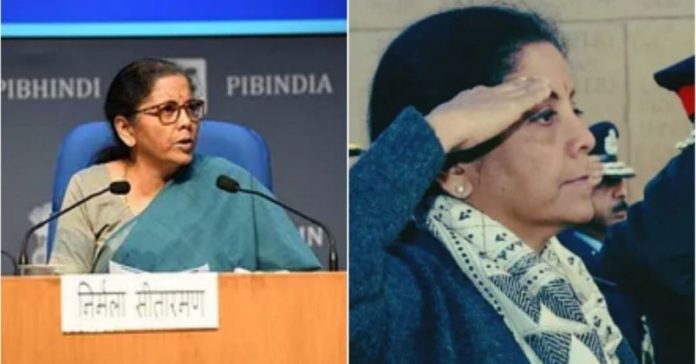 August 18 marks the 61st birthday of India’s finance minister Nirmala Sitharaman. From working as a national spokesperson for the Bhartiya Janata Party to handling major portfolios like defence and finance, her journey is full of achievements.

On the occasion of her birthday, we bring you ten interesting things about India’s finance minister.

She was born in a middle-class family in Madurai

She was born on August 18, 1959, in a middle-class family in Tiruchirapalli in Tamil Nadu. Her father Narayan Sitharaman worked in the Railways, thus she spent her childhood in different parts of Tamil Nadu. Her mother’s name is Savitri Sitharaman.

She is the first woman in India to hold the office as the full-time finance minister. Before that, Indira Gandhi, between 1970-71, also handled this position as an additional responsibility while also serving as the Prime Minister of the country.

Sitharaman was the first woman to be appointed full-time Defence Minister of India in September 2017. She handled the ministry during the first term of the Modi government.

She is an alumnus of the Jawaharlal Nehru University, Delhi

Her husband’s family is pro-Congress

In JNU while completing her studies, she met Parakala Prabhakar whose family has several Congress leaders. Later in 1986 she got married to him and went to London. Prabhakar served as a communications advisor to the Andhra Pradesh Chief Minister, Chandrababu Naidu.

She worked as a salesgirl in London

Sitharaman joined the BJP in 2006. She was appointed as a spokesperson for the party in 2010 and came to be known as the voice and face of the party.

Worked as a member of the National Women Commission

Before starting her political journey with BJP, Sitharaman was a member of the National Women Commission from 2003 to 2005.

She worked for the BBC World Service in London

During her stay in London, she had also worked for the BBC World Service for some time.

Sitharaman is a music enthusiast and listens to classical music from time-to-time. In addition to this, she also likes reading.