Everything about Article 35A and 370 - THN News 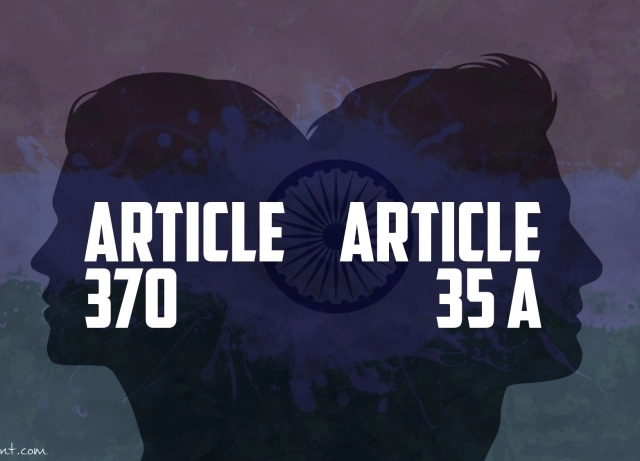 The market of discussions on Article 35A and 370 of the Constitution has again become hot. Actually, this discussion has started due to the deployment of additional security forces in Jammu and Kashmir.

The deployment of 38,000 additional security forces in New Delhi, Jammu and Kashmir and the state government’s appeal to tourists to leave Kashmir at the earliest, the market of speculation has become hot. The army and the government may have said to take this step in view of the possibility of a terrorist attack, but the political circles, especially in the state parties, have intensified and are demanding the Center to clarify the situation. He fears that the central government may take some decisions regarding Articles 35A and 370. Let’s know what article 35A and article 370 are talking about.

Constitution of Jammu and Kashmir was made in 1956 and it defined the definition of permanent citizenship. According to this constitution, a permanent citizen is a person who was a citizen of the state on 14 May 1954 and has acquired the property in a legal manner. Apart from this, a person has been living in the state for 10 years or migrated from the state after March 1, 1947 (under today’s Pakistani border area), but returned to the state with a resettlement permit.

Why protest in Kashmir?
There is fear about the withdrawal of 35 A in Kashmiris. They think that with the end of this article, the people of the rest of India will also get the right to buy land in Jammu and Kashmir. They will also be entitled to jobs and other government help. This will change their population.