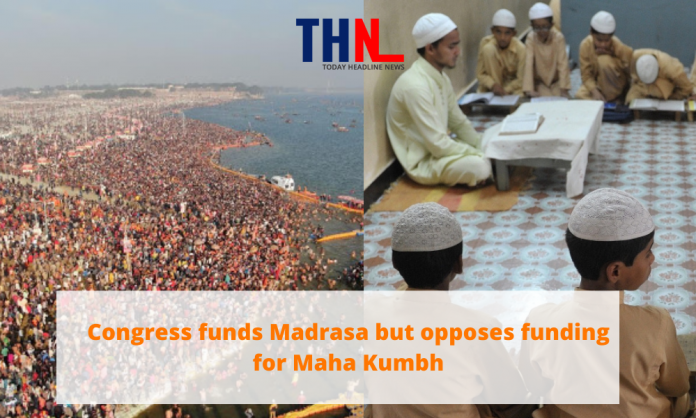 The Rajasthan Congress government which raised questions on funding for Kumbh Mela in Uttar Pradesh is now providing funding for Madrassas in the state to renovate them.

In its Budget 2019-2020, the Ashok Gehlot government has allocated 7 crore rupees for infrastructure development of Madrasas. But Congress leader Udit Raj yesterday tweeted, “No religious teachings & rituals to be funded by the GOvt. The state doesn’t have its own religion. UP govt spent 4200 crores in organising the Kumbh Mela in Allahabad and that too was wrong?”

As per the report, the Rajasthan government has asked state-wide madrassas to file an application from October 14 to October 29 in order to receive grants for their infrastructural development.

As per the Times Now report, the Rajasthan government will bear 90% of the cost incurred in the development of madrassa while the remaining 10% will be given by the madrassa board. An outlay of Rs 15-25 lakhs per madrassa has been earmarked by the state government.

Nevertheless, the Rajasthan government’s decision to financially support the modernisation drive of the state-wide madrassas has exposed the Congress party’s duplicity over the public exchequer being used for funding religious activities.