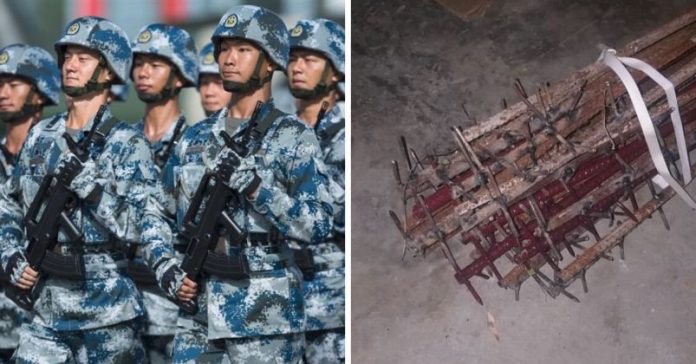 According to a report by India today the Chinese people’s liberation Army has mutilated the bodies of some of the Indian soldiers who lost their lives in the violent face of that took place in the Galwan valley on Monday evening.

This barbaric act by the Chinese forces has led to intense anger and outreach among the Indian troops and Indian citizens. According to the reports the anger is rising among the army units over the brutal killing of their colleagues. The senior officials in the army are trying to calm the army men. Flashpoint locations such as Pangong Tso lake where the clashes took place are being closely monitored by the Indian Army officials.

Even has the major generals of both the armies have held talks to defuse a situation, they have largely remained inconclusive.

Among the 20 Indian Amry personnel who lost their lives on Monday was the Commanding officer of an infantry battalion of the Indian Army. Although the two troops engaged in tension along the border for a few weeks now, the incident on Monday night comes as an unprecedented development.

Initially, it was reported that 2 Indian soldiers and one officer had lost their lives in the face-off at the Galwan valley but later the Indian Army put out a statement saying that there are at least 20 casualties on the Indian side. India has blamed China’s People Liberation Army for the incident that happened. India alleged that the PLA didn’t respect the line of actual control.

Since April when the Chinese forces tried to advance into the Indian side of the de-facto territory, hundreds of soldiers from both sides have been deployed along the line of actual control. This is unprecedented because the last deaths at the line of actual control were in 1975 when the Indian patrol was violated by the Chinese forces. Before that, a violent face-off had taken place in 1968 in Nathu La.