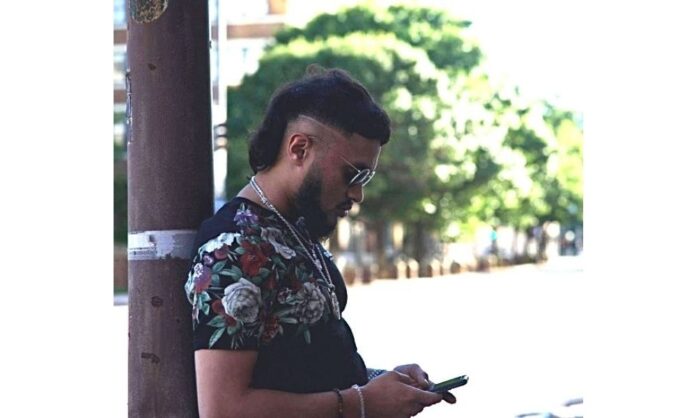 Being in a Pandemic lockdown situation almost all of 2021, millennials took advantage of social media. More so, business owner, Mobeen Mian, who holds a business administration degree, and soon will be completing his master’s in organizational leadership. Mobeen Mian launched his own media production line, FOCUSEDDD, and just recently formulated a promotional tour with his team, covering promotions in multiple cities in the United States in 2021. Being a simple buzz in his own city, Mian says his inspiration to start his own production line came from being a youth coordinator for a non-governmental organization by the name of Minhaj ul Quran International, and competing as a boxer in the city he was raised in, winning the Dallas Golden Gloves at an early age.

Mobeen Mian an American Entrepreneur, analytics ambassador, investor, and graduate student, currently runs a multimedia brand.  He is a brand consultant who specializes in social media marketing, photography, videography, and customized clothing for small and large businesses. Mian founded and currently runs an international multimedia firm, #Focuseddd, that focuses on branding, and producing startup projects for artists, entrepreneurs, small and large businesses. When asked about what the three D’s in his brand name represent, Mobeen Mian answered that the three D’s in his brand FOCUSEDDD represents the desire, dedication, and devotion needed to achieve any goal we set forth. He then explained that his brand focuses on creating exciting and motivational content for all visionaries looking to brand themselves. He said the company promotes, supports, and markets the content via photography, videography, customized clothing, event planning, and social media marketing.

Back in Dallas after being in the promotional tour, Mobeen Mian, founder of #Focuseddd, and team traveled to New York City to meet and interview with the manager and owner of the New Black Wall Street, Dr. Ricco Wright, ahead of the grand opening of the gallery on May 27th, 2021. This is a follow up collaboration with Dr Ricco Wright and team #Focuseddd. In 2020, Mobeen Mian, and team, produced a film of Dr Ricco Wright at his second gallery in Tulsa, Oklahoma. The video documented by #Focuseddd itself reached a buzzing number over 10,000 views on YouTube and was during the political race of Dr Wright in Tulsa during the time as well. While in New York City, Soho area to be exact, the #Focuseddd team sold customized shirts for Dr Ricco at the New Black Wall Street, which all sold out in the first day. Speaking of diverse initiatives, in the video, Dr Ricco Wright explained that preservation and growth of the black history and described the gallery as a space to curate black culture. Referenced by the Business Insider, Dr. Ricco Wright also explained that to see real change in communities, equity and justice must be promoted over diversity and inclusion.

With successful digital collaborations becoming insightful initiatives, the #Focuseddd promotion team will be back on the road for tour, covering the music showcase interviews for the event “Coast to Coast LIVE” in Los Angeles, California in June. Alongside that, promotion in Long Beach will continue at the IceHouse Complex. More so specifically capturing photos, interviewing artists, and creatives in the active industry scene at the “Art Soiree” event  hosted by Joshua Garcia, founder of Inspired LBC. In general, the brand #Focuseddd, has had a key focus on interviews and getting the word out about other visionaries. After the showcase on the West Coast, the media team seek promotions in Denver, Colorado. Interviewing and following up with artists,  musicians, and vendors at the largest event in Colorado, the Evergreen Music Festival. The family Festival running for over 31 years, is in collaboration with JeffCo Public Health and Evergreen Parks & Rec in the city of Evergreen.

While the group is not on the road for tour, back at home in Dallas, the #Focuseddd team continue to promote media content for “The Dallas Open Mic” show every Tuesday night, with Charlie Rihoo, who is the founder of the event, and owner of Rihoo Records.

Mobeen Mian further explains that all the challenges he faced were never about something else; most of them were just fighting with himself. He explains that it was all about getting out of the comfort zone and never losing to himself. Mobeen said he loves to collaborate with people, and his collaborations always help him improve for the better. He said the collaboration with quality and environments is the healing everyone should start on.

Mobeen Mian said that you can change someone’s life by just hearing their story.