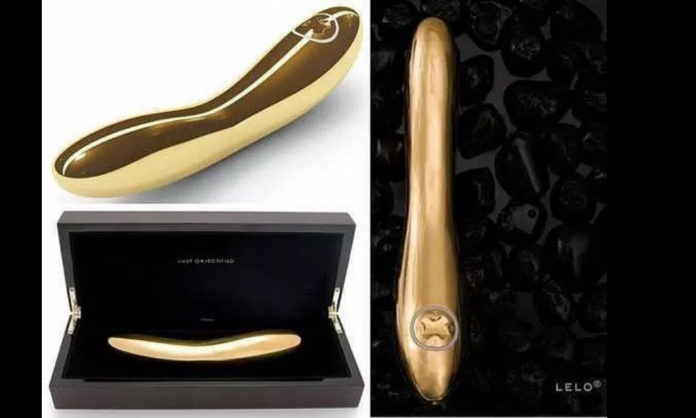 The global sex toy industry is worth over $18 billion today, which means there’s a whole lot of vibrators vibing and fleshlights fleshing (?) around. As with any product base worth so much, there are invariably a few uber expensive versions floating around as novelties and/or fetishes. Here are the most expensive sex toys in the world.

This penis ring comes from Dutch designer Jelle Plantenga’s Velv’Or line. For an extra cost, you can add a pearl to the snake’s mouth, have the piece engraved with a name or personal message, and delivered in a box made by the ‘master craftsmen of Bentley and Rolls Royce’.

This is both a sex toy and also falls under the category of sexual jewellery. You can wear this ring as a piece to show off, and also to give intimate massages.

This toy is legit described as ‘the most distinguished gentlemen’s plug in the world’, and with an all-gold covering and elegant accompaniments, you’d almost feel guilty sticking it up the pooper.

What you see is what you get, that’s all that can be said for this monstrous creation. Useless in practical terms, but it’s probably a fun prop to annoy your mates or ruin group photos.

Now you know how to spend your money if you ever win the lottery!