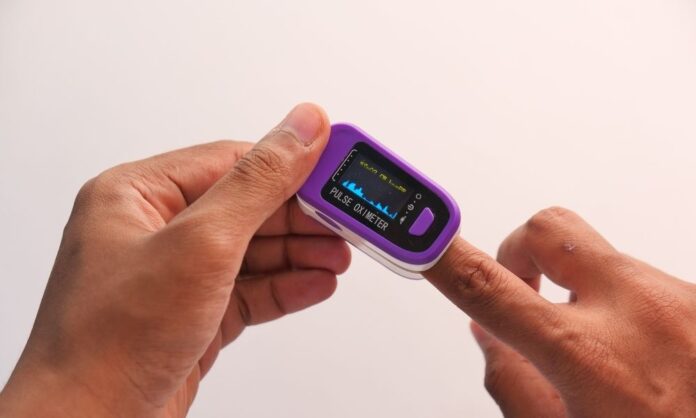 It has been almost two years since the COVID-19 pandemic started to show its wrath across the globe Meanwhile, a blood oxygen sensor or pulse oximeter is among the must-have medical equipment that many people have at home. But if you don’t have it for some reason, there are ways to turn your smartphone into a blood oxygen sensor as a workaround. So, which is the best pulse oximeter app?

The are several blood oxygen apps that you can download on your Android or iOS device to know the oxygen saturation percentage in your body. A common indicator for coronavirus infection is a drop in the SpO2 levels of a person. That’s why it’s more important than ever to keep an eye on it.

Simply named Blood Oxygen App, this app can be used to get info on oxygen saturation and your heart rate. The app carries a simple UI and is very easy to operate even when using it for the first time. It has received an overall rating of 4.6 from 7,000 ratings on App Store, while it’s an early access app on Android. Blood Oxygen App is free to use and doesn’t come loaded with any annoying ads.

It’s available for Android, iPhone, and Apple Watch. So, if you don’t have the latest Series 6 Watch, then you can use it as an alternative on your Apple Watch SE or other models.

CarePlix Vitals is a freshly baked app that’s making news headlines in India. It’s developed by a Kolkata-based startup and can be used to measure SpO2 levels in the blood, heartbeats, and respiration rate. The developers say that they have stuffed advanced AI algorithms into the app that improves detection accuracy.

Right now, CarePlix Vitals doesn’t charge you any money for oxygen saturation detection. However, it only works after you create a free user account and doesn’t provide Facebook and Google SSO buttons. This app was earlier available for Android and iOS, but now it has been pulled from Google Play.

Another popular blood oxygen monitor app for smartphones is Pulse Monitor, which detects SpO2 levels and heart rate. It automatically saves the collected data in a digital diary so that you can keep track of your oxygen levels over time.

However, the app works for a limited number of devices with a built-in sensor, including Galaxy Note4/Edge/5/7/8/9, Galaxy S6/7/8/9/10, and their plus variants. But that also means it can give more accurate numbers than smartphones with a dedicated sensor.

Pulse Monitor is only available for Android 5.0 and later versions.

Those who own an iPhone can use the inbuilt Apple Health app as a blood oxygen saturation tracker. In the app, go to Browse > Respiratory > Blood Oxygen > tap Add Data. Here you can add various data such as oximeter reading, date, and time. You can view this information in the form of a graph to analyze your health.

The Health app can automatically populate blood oxygen data if you own the Apple Watch Series 6 which comes with the SpO2 sensor. You can find Bluetooth-powered pulse oximeters such as from Nonin and iHealth that can sync data with the Health app.

Speaking of health, you can also read about VO2 Max, which is used to measure cardio fitness levels on Apple Watch and other devices. The Health works well with the Apple Watch that offers many useful health features to the users.

This pulse oximeter monitoring app is available for Android devices running version 4.3 and later. As the name suggests, it can only be used to keep a track of your SpO2 levels and heart rate after measuring them using an oximeter. You can add blood saturation data along with the date and time at which was monitored. Over time, you will see a trend of how your blood oxygen levels and heartbeat fluctuate.

So, this is how you can monitor the blood oxygen rate using your smartphone if no other option is available. Still, going for more reliable pulse oximeter devices is advised.

How do smartphone blood oxygen apps work on your device?

For the uninitiated, blood oxygen apps for mobile devices don’t need any extra accessories or wearables to function. They use the camera hardware to detect the SpO2 levels in your body. It’s a technique known as photoplethysmography (PPG), where the user needs to cover the camera lens and flashlight with their finger.

The app turns on the flashlight and then uses the camera to calculate the oxygen rate with the help of the reflected light.

In the past, we have seen apps that use cameras to count heartbeats. Some Samsung Galaxy devices even come preloaded with this feature. But nowadays we are seeing more camera-powered blood oxygen sensor apps on various app stores.

Why do we take blood oxygen readings?

SpO2 or blood oxygen saturation is an important metric that is used to know the health of your lungs and how well they are functioning. You should contact a doctor immediately if your SpO2 levels are low. What is the ideal blood oxygen level?

For a healthy person, the ideal blood oxygen saturation (SpO2) is recommended from 95% to 100%. How are these apps different from a regular pulse oximeter?

While apps mentioned above rely on your camera hardware to measure oxygen rate, regular pulse oximeters send infrared light into the blood capillaries in your finger.

Disclaimer: We recommend that you should use conventional pulse oximeters for confirmed medical diagnosis and treatment of covid-19 infection and other diseases.