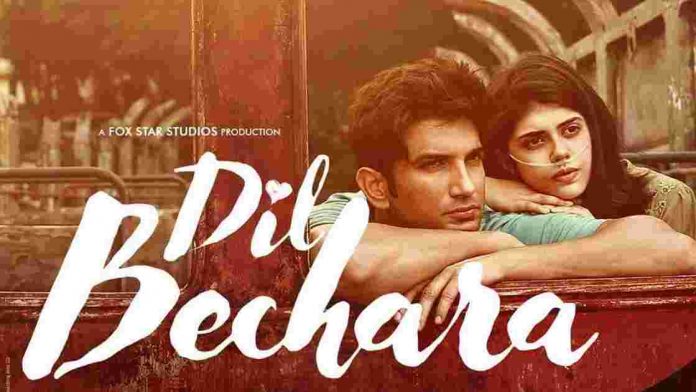 Sushant Singh Rajput’s last release, Dil Bechara, is available to stream on Disney+ Hotstar without any cost of admission at all. Despite that, the film was leaked online by Tamilrockers, a piracy website that has been bothering film and television studios for years now.

According to a report in Pinkvilla, the leaked version is available in an HD quality. The film landed on Tamilrockers, within hours of its official release on the streaming platform.

Tamilrockers regularly leaks high profile projects. It puts up the content as soon as it is released or aired. The quality is often high definition. They previously leaked movies such as Penguin, Petta, Maharshi, iSmart Shankar, Sye Raa Narasimha Reddy, Dear Comrade, Saaho and Hindi Medium.

Meanwhile, Dil Bechara has broken a significant record as its IMDb rating climbed to 10 within half an hour of the release. With over 21 thousand votes, the current IMDb rating of Dil Bechara stands at 9.8.

Dil Bechara shows Sushant Singh Rajput as Manny who is suffering from osteosarcoma while Sanjana Sanghi plays the role of Kizie Basu battling thyroid cancer. At present, the film is at the top position on IMDb in its ‘Top Rated Indian Movies’ list, defeating Kamal Haasan and R Madhavan’s 2003 Tamil film Anbe Sivam.

Dil Bechara’s trailer, released on July 6, also became the first film trailer on YouTube to receive more than 10 million ‘likes’. Previously, the trailer had broken the record for the most-liked video in 24 hours of release. It has been viewed over 70 million times in less than 10 days. The most-liked video on YouTube currently is Despacito, by Luis Fonsi featuring Daddy Yankee. The video has accumulated over 38 million ‘likes’.

Dil Bechara Official Hindi Adaptation of The Fault In Our Stars, a romance drama, all about the joyfull life of two cancer patients, Hindi version is written and directed by Mukesh Chhabra. Sushant Singh Rajput, Sanjana Sanghi, Sahil Vaid are starring in lead roles. Earlier Scheduled to release on 08th May 2020. Now Dil Bechara is part of the long list of Bollywood movies that will release exclusively on Disney+ Hotstar. And the Dil Bechara is streaming free! for both subscribers and non subscribers.