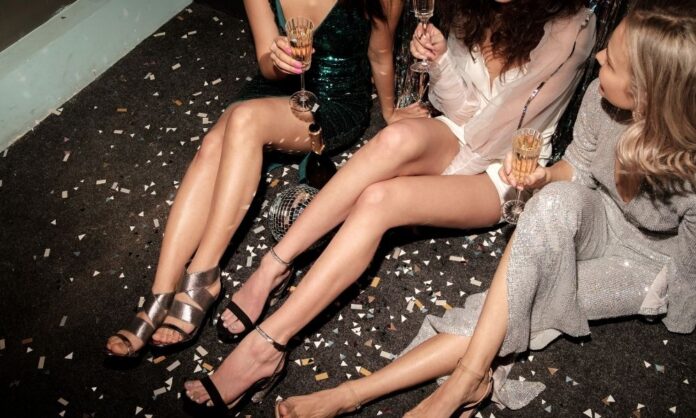 Having a girl’s night soon? Check out our list for some of the best chick flick movies to date! Be sure to experience your film in cinematic style with a large TV placed on the wall. For TV wall mounting services, click here. Now without further ado, let’s jump into some of the best content for girl’s night!

What could be a better addition to a girl’s night than a musical? An Abba musical! Having earned over 600 million dollars at the box office, we can guarantee that this fan favourite is one for watching with your girls. Featuring Amanda Seyfried, Meryl Streep, and umm her three potential dads, this musical romance film takes viewers on a journey in the Greek Islands as Sophie (Seyfried) attempts to find her biological father to escort her down the aisle on her big day behind her mother’s back. If you love a sing-song, Mamma Mia is the perfect film for you.

This timeless classic from the 1990s features Vivian, a Hollywood stripper, and her dramatic change of scenery after being hired by successful billionaire Edward Lewis to be his escort. With love on the horizon for the pair, viewers watch two different worlds and backgrounds merge after they begin spending more and more time with each other. Starring Julia Roberts in one of her most iconic roles ever, our love for this film is eternal!

When party animal Ben, and career-driven Alison meet on a drunken night out, they shortly reunite when they find out that Alison may be pregnant with Ben’s child. Crazy, we know. On a trail of ups and downs, the opposites make their best attempt at a relationship for the sake of their future child. Starring Seth Rogen and Katherine Heigl, we can guarantee that this particular movie will have you all in fits of laughter. Oh, and throw Leslie Mann, Jonah Hill, and Paul Rudd into the mix and we have ultimate comedy gold.

This 2019 favourite features a group of strippers who decide to disobey the rules and make their own terms and conditions for their occupation. Following the economic collapse of Wall Street in 2008, the club becomes a ghost town and they must resort to new measures to force men into their club to fund their lives. These con-artist strippers are the perfect entertainment addition to a girl’s night in. Featuring empowering females such as J.Lo, Cardi B, Lizzo, Constance Wu, Keke Palmer, and Lili Reinhart, you will be sure to feel major female energy radiate throughout the night.

When Noah and Allie first meet at a Southern Carolina carnival in 1940, the pair, from opposite backgrounds, fall in love. However, upon realising that they won’t work due to their social class, they separate. An engagement, a newly built home, and 365 letters later, they finally find themselves back in each other’s arms. Reflecting on some residents in a modern-day care home who relate to the 1940’s love story, this movie is bound to pull on a few heartstrings, so be sure to supply a box of tissues at this girl’s night! If we also tell you that it was based on a true story you may even tear up a little more.

If you are a dance lover, this 1980’s classic must be your go-to chick flick movie for girls’ night in. Featuring the iconic Patrick Swayze and Jennifer Grey as a resort iconic dance duo, this film takes you on a trip back in time as the Houseman family visits the relaxed Kellerman’s summer resort. Not so relaxed, however, when Baby (Grey) finds herself in several problematic situations, including falling in love with working-class dance instructor Johnny much to her father’s dismay. This film will forever have a place in our hearts and is one that can be watched time and time again.

If you all are looking for a good giggle, watching Amanda Bynes turn into a guy is a good start! When Bynes’ character, Viola, is no longer able to play soccer due to her team being cut, she must find another possible solution. Oh, and that perfect solution is to transform into her brother? Throw Channing Tatum into the mix as her love interest and roommate then yes, Viola does have a recipe for disaster. Watch her scramble to lead two lives in this 2006 chick flick movie, and you will be sure to find yourself in fits of laughter at her male impersonation skills!

What could be better than winning a three-million-dollar jackpot in Las Vegas? Uh, anything if you are Jack and Joy! Played by Cameron Diaz and Ashton Kutcher, Joy and Jack find themselves in a sticky situation after tying the knot in Sin City. After winning the money, they realise how incompatible they are, however, they must attempt marriage to split the earnings. If you are looking for a watch that features sabotaging, mischief, and love, What Happens in Vegas is sure to be your best chick flick movie for girl’s night.