It appears that there is a competition among the over-the-top(OTT) media service providers to broadcast hateful content about Hindu Gods and Goddesses. Leading this competition is none other Netflix, an American media-services provider, which had, of late, aired a series of controversial shows that depicted Hinduism and Hindu Gods in a bad light.

Recently, a controversy has been kicked up after Netflix’s new Telugu film “Krishna and his Leela” showed a male character named Krishna having sexual encounters with many women, one of them with a girl named Radha.

Why always insult our Gods?
Because @NetflixIndia is Hinduphobic pic.twitter.com/HaxaASmU6h

People on social media have started raising their protest against the controversial content of the film which they feel is Hinduphobic and an insult to Hinduism. Netizens have accused Netflix of airing explicit content through the OTT medium, which is yet to be brought under the scrutiny of India’s censor board.

We all should #BoycottNetflix as @netflix & @NetflixIndia are indulging is promoting Hinduphobic content via web series like Sacred Games, Leila, Ghoul, Delhi Crime etc.

It is worth noting that Lord Krishna and Radha’s love is considered as sacrosanct by millions of Hindus and Lord Krishna’s leelas as lessons of life that should be imbibed by every individual. However, despite religious sentiments being attached to Lord Krishna, the producers of the web series have raised aspersions on the character of Lord Krishna, portraying the character of ‘Krishna’ as a philanderer, readily engaging in sensual pursuits with countless girls.

Netizens were angry at Netflix and accused it of insulting Hindu gods.

A Telgu movie named 'Krishna & His Leela' has been released on #Netflix on 25th June where a protagonist named 'Krishna' is shown having many affairs, where 1 of his girlfriend has been named as 'Radha'. Many sexually explicit scenes have been shown b/w them .#BoycottNetflix pic.twitter.com/UYXg852Fgp

Even in a video premiered on SureshProdns 's youtube channel which has been titled as 'Radha- Half of Krishna' both the above mentioned characters are shown having phone sex and thereafter having sex with each other https://t.co/fFNIPiZPQB#BoycottNetflix #hinduphobia_in_India pic.twitter.com/cX7gc8OWlF

In the name of Krishna & His Leela, STOP all this rascal-Leela before Hindus start's Rudra-Leela. https://t.co/vhyoawMirr

This is not the first time that Netflix has been accused of hurting the religious sentiments of Hindus by broadcasting content that offended the sensitivities of lakhs of pious Hindus. Earlier, Netflix series such as Sacred Games, Ghoul and Leila were denounced for disseminating Hinduphobic message through its medium.

The discontent on social media is growing, with people questioning for how long Hindus will have to bear insult and see their Gods and Goddesses being denigrated by the web series broadcasted on the OTT platforms.

It is pertinent to note that not just Netflix but other OTT service providers such as Amazon Prime, Zee5 and others have been accused of providing a platform for Hinduphobic content. Recently, Anushka Sharma produced web series Pataal Lok, which was released on Amazon Prime, had faced flak for its content that offended Hindus and Hinduism.

Following the premiere of the series, several Hindu organisations, along with Sikhs and BJP leaders, had alleged that the series had attempted to tarnish their image. Anushka Sharma was subjected to fierce criticism for bankrolling a series that had hurt the feelings of Hindus and was served a notice from the court seeking her reply.

Another OTT platform, Zee5, was under the fire of Hindu organisations and senior BJP leaders over the blatant Hinduphobia pushed by the platform through its new Tamil web series ‘Godman’. Several Hindu groups, including prominent voices BJP MP Subramanian Swamy, social media users had raised their voices against the anti-Hindu web series. The blowback from the Hindu organisations and Hindus on social media was so severe that Zee5 had to suspend the release of the controversial web series. 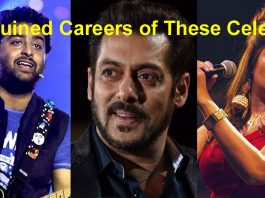 Salman Khan ruined the careers 7 Celebrities, check out the list 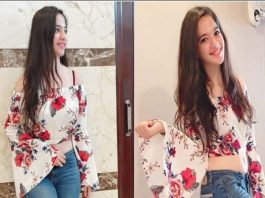 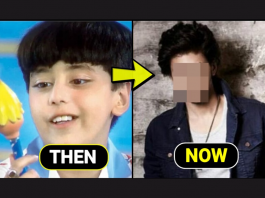