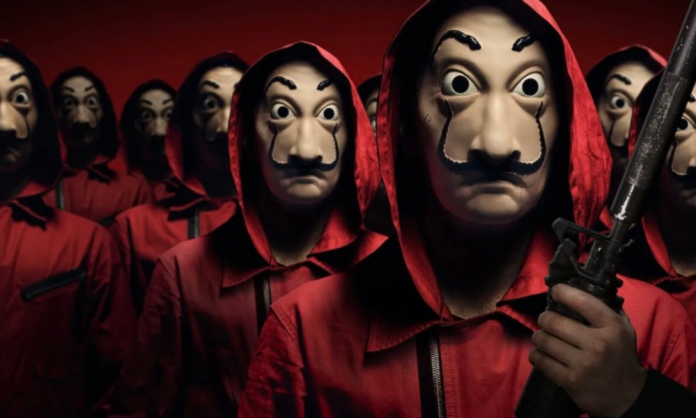 Money Heist is the most-watched none English title to get this amount of views and fame on Netflix. However, after the 4 amazing seasons, fans can’t resist waiting for the next season. So here we are with all the details be it Potential release date, plot, cast, storyline. And why the 5th season is the last and final season of the series. So check out every you need to know about it.

Money Heist is a Spanish non-English title that was released on Netflix in 2019. It received International game right after it’s the first season and every new season tend to break the record of the last season. The fourth season got almost 65 million views. And fans are waiting for the final season to be out soon. The fourth season was released in April this year and has 8 episode. The end of season 4 created mystery in people mind which make them more eager about the next season.

Read More: 15 Unknown Facts About Money Heist That Will Leave You Surprised

Talking about the release date of the next season, there’s no confirmation about the date yet. But we can expect it to be released somewhere at the start of next year. Initially, the 5th season was to be released in August of this year. But due to the covid 19 pandemic, the shoot and the production was paused for several months. When ch delayed the release for several months. However, recently the production team confirmed that the work for the next season is finally resumed.

In July Netflix made an announcement on Twitter which shattered thousands and thousands of people from all over the world. It made a tweet where it claimed that Money Heist has come to an end, meaning that the 5th season will be the last and the final season of the show. Fans weren’t really happy about this news. It created a lot of chaos on the interest when the whole fandom came forward to show it’s grief.

After all the chaos between the people, Alex Pina came forward to dress the situation. He took to his social media and claimed that they have been thinking for a while on how to break this band. It has been extremely difficult for them as well. And how to make people understand that the 5th part is final and last season of the show. It was a very dad moment for them as well. But he is really happy that the shoe did this well.

Alex further mentioned that “The result is the fifth part of La Casa de Papel. The war reaches its most extreme and savage levels, but it is also the most epic and exciting season.” This tweet confirms that the 5th season will break all the records. And it is going to be the most epic and interesting of all seasons.

In July 2020 Alex Pina mentioned that he is still writing the fifth and the final season and hence it might take more time than usual for it to be released. Talking about the amazing charters of the show that make the show more interesting than anything. The case is going to be the same with Berlin being back for the final season.