How many records Carryminati broke with his new video Yalgar? Check out the list - THN News 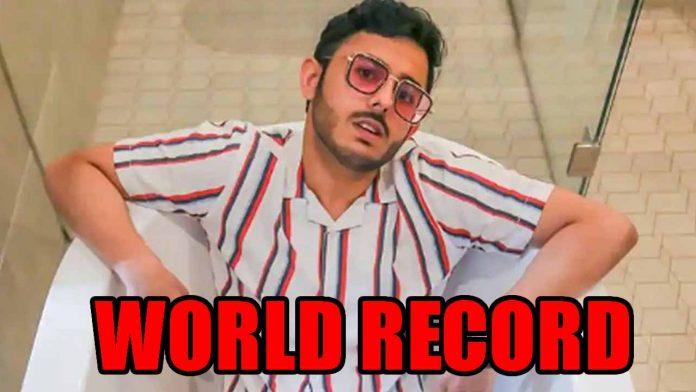 Famous Indian YouTuber Carryminati has once again set the internet on fire with his latest video song Yalgaar. CarryMinati is a youtube channel that belongs to Ajey Nagar.

“Yalgaar” by Carryminati is all set to break all the records. Ajey Nagar aka released its most awaited video Yalgaar video on YouTube. This video has already gained 33.3 million views in just 24 hours, making it one of the top 20 most viewed online videos across the world. His video is after BTS’s Fake Love which got 35.9 million in the first 24 hours and is at 19th rank.

With more than 21.2 million subscribers, CarryMinati is a proud owner of the YouTube diamond play button.

CarryMinati has been in the news for the past few weeks for his ‘YouTube Vs TikTok’ video, which went viral on the internet and broke many records. His video was a response to the video of Amir Siddiqui. In this video Carry roasted the TikTokers, especially Amir Siddiqui. However, it was removed from the platform for violating its terms of services.

Also Read: Life story of Youtuber CarryMinati, who failed in 12th exam but became a online Star in India

After his video was removed, people from all over the world supported him. A hashtag in support of CarryMinati – #justiceforcarry has been trending on Twitter.

In the video, Ajey Nagar is seen starting his rap roast with his signature dialogue, “Toh Kaise Hain Aap Loh” while ending it with “Carry Roast Karega”.