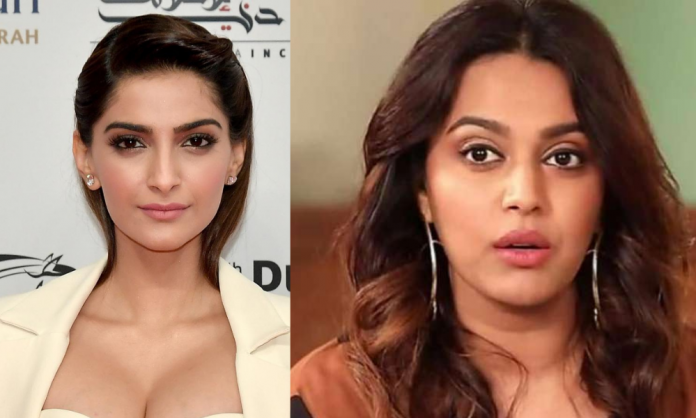 Actresses have not only limited their career to on-screen performance but they are quite well aware of the political scenario happening all around the world and have not shied away from making a statement.

Some are applauded for raising their voice, the others trolled for their hypocrisy. Either way, it helps build the industry, where people with different opinions come and bind together.

An alumnus of JNU, Swara has come a long way from being a journalist to an actor. Although she hasn’t received any major role, her acting in supporting roles has fetched her recognition in Bollywood.

Swara has strongly condemned the JNU violence in Delhi and often criticizes the BJP government and its policies.

The fashion queen of Bollywood, Sonam Kapoor has vehemently opposed the patriarchal society and is believed to be a feminist. She is often on the media radar for her controversial statements.

Sonam has bagged several films in Bollywood, but only few of them made it to the top box office. She is now married to the UK based millionaire Ahand Ahuja.

The once famous television actor has been away from the film industry for a very long time. She has hosted TV shows and made her appearances on Comedy nights several times but didn’t get a chance to work in a big film project.

Shruti has been quite politically active and has spoken up against BJP in India. She questions the Donald Regime in America, proving that she is also enthusiastic about international affairs.

Sonakshi made her debut along with Salman Khan in Dabangg and kickstarted her career in Bollywood thereafter. However, she too is trolled by users for getting film offers due to her father,  Shatrughan Sinha’s influence.

Sonakshi has often taken it to her social media platforms, to defend her rights and oppose the allegations of nepotism. She urges people to focus on constructive criticism and even deleted her twitter handle for the negative response she received from users.