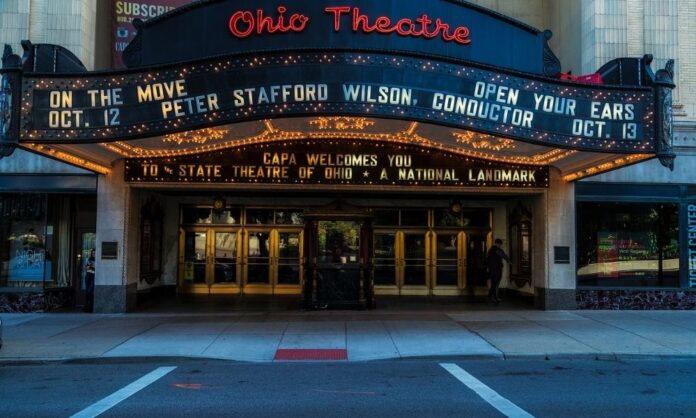 Spike Lee’s version on the “Son of Sam” killings in New York City in the summer of 1977, focusing on inhabitants of an Italian-American neighbourhood in the Northeast Bronx who live in dread and suspicion of one another.

Aileen Wuornos, a former street prostitute who murdered seven of her male customers between 1989 and 1990 before being executed in Florida in 2002, is the theme around which the film revolves.

Before an abducted girl dies, cop Harry Callahan (Clint Eastwood) tries to track down a crazed rooftop murderer. When he is apprehended, Harry violates the murderer’s civil rights and returns him to the streets. When he is released, he hijacks a school bus, prompting Harry to chase him once more.

A lonely middle-aged woman who prefers to be called as Ma, befriends a group of teenagers and invites them to a party in her basement. But, when Ma’s hospitality grows into an obsession, what started off as a teenage dream becomes a terrifying nightmare.

A group of college students decides to spend the weekend in Crystal Lake, but their decision becomes tragic. They run across the ruthless and spiteful Jason Voorhees, who is ready to murder them.

A big-city detective assists two incompetent small-town cops in their investigation of a serial killer.

It follows a college girl who is murdered on her birthday night and continues reliving the day over and over again, prompting her to hunt out the killer and stop her death.

A psychopath is savagely murdering gays at New York City gay bars. Detective Steve Burns (Al Pacino) is assigned to dress in leather, hang out at the city’s S&M clubs, and keep a lookout for the assassin.

Dr. Génessier is filled with regret after an accident he caused disfigures the face of his daughter, the once-beautiful Christiane, who is mistakenly believed to be dead by strangers.

When the son of local businessman Chester Conway is discovered dead alongside the beaten body of a local prostitute, suspicion falls on Deputy Sheriff Lou Ford, who had previously been regarded as a stalwart member of the community.

The narrative of a man with an exceptionally sensitive sense of smell, set in 18th century Paris, takes a dark turn as his desire to create the greatest fragrance leads to murder.

In quest of an outlaw’s hidden wealth, a fraudulent preacher marries the outlaw’s naive widow. The widow’s children are hesitant to provide facts about their father’s stolen money in a robbery.

In London, a serial killer is on the run, and a detective has been assigned to the investigation. When a mysterious stranger stays with the Buntings, their daughter believes he is the killer.

Also Read: The 9 Best Comedy Movies on Netflix To Watch in 2021

In London, a serial killer is on the run, and a detective has been assigned to the investigation. When a mysterious stranger stays with the Buntings, their daughter believes he is the killer.

Ruth, a pregnant widow whose partner died in a climbing accident, feels her baby is directing her to seek terrible vengeance on those responsible for his death.

The plot follows Michael Myers, a mentally ill prisoner who was confined to a mental institution after killing his babysitting adolescent sister on Halloween night when he was six years old.

Sally (Marilyn Burns) and her crippled brother, Franklin (Paul A. Partain), went out with their friends to investigate after learning that her grandfather’s grave may have been vandalised.

An unsuspecting couple rents a room from John Christie, a middle-aged man who lives with his wife. Christie hides the fact that he is a serial killer behind his calm persona.

The necktie murderer stalks the streets of London, strangling a slew of women in his wake. The leading suspect is Richard Blaney, who lost his ex-wife to a violent murder.

Robert Graysmith, a cartoonist by profession, finds himself thinking about the Zodiac killer compulsively. He employs his puzzle-solving skills to get closer to discovering the killer’s identity.

Clarice Starling, an FBI agent, enlists the aid of Hannibal Lecter, a psychotic serial murderer and former psychiatrist, to arrest another serial killer who has been targeting women.

Marion vanishes after defrauding money from her employer.  Her lover and sister go on a hunt for her and wind up at the infamous Bates Motel, where they run upon Norman Bates.

Henry: Portrait of a Serial Killer is a 1986 American psychological horror crime film directed and co-written by John McNaughton about a serial killer on the loose who appears to be unstoppable.