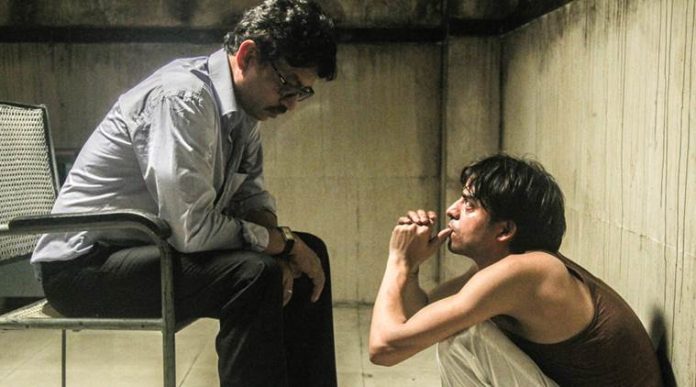 The receiver of the National Film Award for Best Actor, Irrfan Khan was dedicated to the work he did. In his film carrier of more than 30 years, Irrfan was featured in more than 50 movies and received multiple awards including The Padma Shri.

Below we have listed 10 performances of Irrfan Khan which shows how great he was as an actor:

1. Haasil– When he finds out that his loved ones are no more

This scene in the movie Haasil Irfan suffered the sudden mental slowdown when he came to know that his beloved ones have been killed by the local politicians. His acting was tremendous in this part where he displayed his angst and fury out through his voice.

2. Maqbool– When he imagines a corpse opening his eyes

Maqbool was Vishal Bhardwaj’s adaptation of Macbeth. There comes a part in the movie when the police bring a corpse, he is terrified and mourns about the loss of his ‘king’/Don (played by Pankaj Kapur). When he touches the dead body, because he is horrified of the loss he imagines that the corpse opens his eyes, which is only seen by him. His acting in this part is tremendous.

3. Paan Singh Tomar– When he confronts his mother’s killer

Irrfan Khan made a footnote in Indian sports larger than life with his timeless portrayal of National Champion steeplechaser, Paan Singh Tomar! In one of the scene Irrfan approaches his relatives, who took away his share of the property and killed his beloved mother, he ask questions ans pleads the man for answers.

4. Mumbai Meri Jaan– When he ask for forgiveness from an old man with a rose

Irrfan portrays the character of a Malayali coffee vendor in this Mumbai Meri Jaan. Without uttering a word he says so much in one of the scene. Knowing that he is responsible for the heart attack of a man he helps them finding the taxi and as the vehicle was pacing up, he hands over the rose as a gesture of loss and merely says ‘saary’. 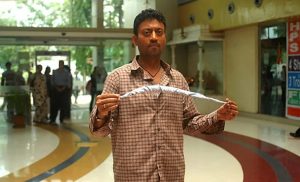 5. The Namesake– When he narrates the story behind the name ‘Gogol’

Jhumpa Lahiri’s bestseller The Namesake inspired film director Mira Nair to transform Irrfan into a role of Baba. Irrfan beautifully enacts that scene when he ultimately decides to tell his son the significance of his name ‘Gogol’. He nailed the scene imperturbably when he whispers ‘You remind me of everything that followed.’ 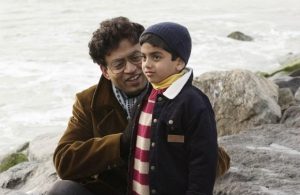 6. D-Day– When he got to know that R&WA has disowned him

Irrfan has set a standard when it comes to play the role of a father and that’s how he even ended his journey in Bollywood. The scene in D-Day when he requests his colleagues to abort the mission as he needs to rescue his son. Mera bachcha mera intezaar kar Raha hai – you can feel the pain when you watch this scene. 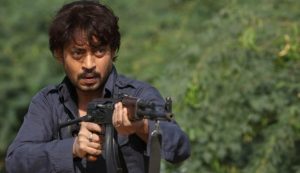 7. Life of Pi– When he describes his heartbreak after Richard Parker leaves without a good bye

Life of Pi portrays the human-animal bond. Pi survives on the life raft for 227 days with the Bengal tiger Richard Parker. When finally the reaches the land, Pi gets hurt as Richard Parker slumps off into the jungle without a parting glance. In the scene Irrfan delivers each and every dialogue with so much passion about a tiger not looking back.

8. The Lunchbox– When he describes a funny incident from the local train.

While looking at a neighboring family who were sharing a meal on the table and smoking from his balcony in Bandra home Irrfan Khan captures the urban loneliness. When his pen pal asks him about thoughts if suicide, he removes all the tension with an amusing story. Irrfan writes to her that on the train ride he felt something touching him down there and when he looked down it was someone’s file. Taking a sign of relief, he looks at the old woman beside him and gives a smile. 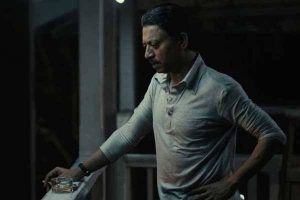 9. Piku– When he loses his temper with Amitabh Bachchan and his old age

Irrfan’s character revolves around Deepika and Big B the father-daughter duo in Piku. In a scene Amitabh Bachchan gets angry with his daughter Deepika for her negligence. Then Irrfan raises his voice inside the car to make all the tension vanish. 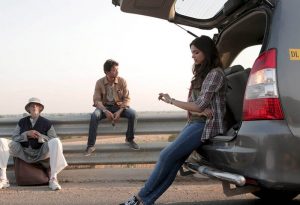 10. Talvar– When he comes to know that his partner has ratted him out

Directed by Meghna Gulzar Talvar has some of the most terrific lines by Vishal Bhardwaj. Irrfan produced an eye witness in a murder case but the senior accuses him of threatening the witness. Then he realised that the subordinate has ratted him out and Irrfan unexpectedly screams ‘Gaddaaarrr’, and one can hear the pain of getting deceived in his voice. 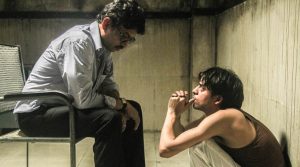 You will be missed forever!