What is Dogecoin, and Why Are People Buying It? - THN News 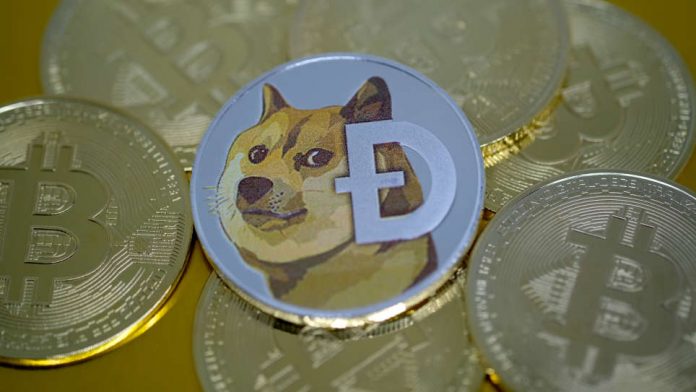 Now that you’ve gotten a handle on the GameStop stock madness, it’s time to learn about Dogecoin. Why is the retail investor hivemind pumping up the obscure cryptocurrency with a Shiba dog for a mascot? Why for the Lolz. With the help of Reddit and Elon Musk, Dogecoin has increased in value by 600% in the last 24 hours. As a trading move, it makes way less sense than the GameStop frenzy—but that’s also kind of the point. Here’s a look at what’s going on.

Dogecoin, which is named after the doge meme, is similar to Bitcoin. It’s a cryptocurrency that enables peer-to-peer transactions across a decentralized network. Cryptocurrencies are novel investments marked by extreme volatility, which is also why they attract so many speculators. And the recent speculative investment into Dogecoin has been fueled by the SatoshiStreetBets Reddit, TikTok, and the tweets of Elon Musk, who’s been having fun with the retail investor phenomenon.

According to Yahoo! Finance, a single three-word tweet from Elon Musk in December sent Dogecoin soaring 20%.

How is this different from GameStop or AMC speculation?

The retail investor frenzy surrounding stocks like GameStop and AMC was initially related to short selling. Wall Street traders aggressively shorted companies struggling to survive the pandemic, and in the case of GameStop, ended up borrowing more shares than actually exist. This made them vulnerable to a short squeeze by individual investors organized on Reddit, which bought up stock and drove up the price, costing hedge funds billions.

It was an opportunity to stick it to Wall Street while also making some money on the side. It actually makes sense as a trade, albeit a risky one, as it’s hard to know when the vastly inflated stock price will hit its peak and drop.

Dogecoin, on the other hand? Enthusiasts are simply pumping up the currency for the heck of it, with many investors claiming they’ll hold their positions until it reaches a Reddit-ordained goal of $1 (it’s currently just under 5 cents). Unlike GameStop, there’s no company to invest in, and there are no short sellers to be exploited. In fact, there’s no particular reason why Dogecoin would be worth buying, aside from the fact that it’s basically Bitcoin named after a meme.

“It is a puzzle to me why Dogecoin is so highly valued,” says Adrian Lee, a senior finance lecturer at the University of Technology in Sydney, in a story by CNET.

How is this the same as GameSpot or AMC speculation?

What seems to be common denominator in all these investment stories is that many small-time traders are doing this for a laugh, and with disposable cash. Many of them are determined to hold onto their bets until they’ve reached a lofty price goal, like a $1,000 price for GameStop (a far cry from its current position of $315). Redditors have exhorted each other to not cash out, and they’ve shown remarkable discipline in not doing so, despite the risks that prices could fall at any moment.

While money can be made on speculation, it’s hard not to interpret these retail investor bets as a type of performance art—a non-utilitarian form of self-expression. After all, per CNBC, one of the early posts on SatoshiStreetBets read: “Let’s make DOGECOIN a thing. That’s it, that’s the post.”

It’s not clear how the rise of individual investors will impact the equities market long-term, or whether individual stock bubbles like this will become more common (the SEC is keeping an eye on the situation, although it’s not certain what they would or could do to regulate it).

Dogecoin speculation has all the hallmarks of a frothy market, which is defined as one in which investors ignore market fundamentals to bid up an asset’s price beyond its objective worth. It seems too obvious to point it out since so many traders don’t care about the fundamentals and are doing this for a laugh. On the other hand, earnest investors who arrive late to the party might not be in on the joke.