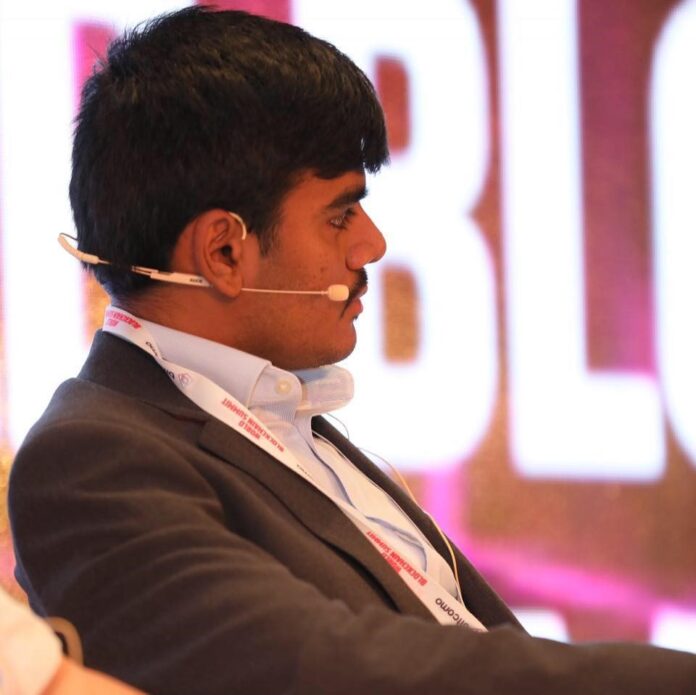 In the present times, the data is stored over the FAT datacentres. The technological advances over time have seen greater shifts, although these do have multiple drawbacks during the usage. The existing system falls apart at multiple concerns such as data privacy, data security, financial liability, energy consumption, etc. But, Blockchain a current advancement in technology could overcome the challenges of the conventional counterparts. Blockchain had the capabilities in the way that the existing counterparts don’t have. For security, it brought complete ownership of the data by the stakeholders. Blockchain secured the data in the form of blocks which were then validated in the network for further utilization. Furthermore, it used comparatively less amount of energy and had reduced financial liability.

A while ago, the visionary and technologist CEO of Chakravuyha, Sai Tej Annareddy, sensed the need of introducing blockchain in the market before any others. At the time, the majority of the companies were financially burning due to various challenges found in their current counterparts. But the blockchain-induced system would play a key role in efficient working. Sai felt that leveraging the power of Blockchain would be a major showstopper for the enterprises. It will ultimately increase the utilization rate of cash flow and in return will enhance the efficiency of value transmission for further growth of business development. Although there is a need for real-world internet sovereignty. Sai anticipated the need for digital transformation and this is when his company, Chakravuyha was born. Its major goal was to create a platform with data availability and openness. Sai, the company’s brain, was not just concerned with product supply, but also with product research. With the solid development, Sai and the team came up with numerous methods to get the most out of the least amount of input. Chakravuyha used the capabilities of blockchain to cope with massive network traffic while also providing the ease of complete ownership of the data to the stakeholders. The founder’s technological mind aided several other businesses in reaching their goals.

Sai Tej had a long list of accomplishments. While coming up with the concept for the virtual arena, Sai and the team conducted considerable study and brainstorming. Unlike traditional live-streaming programmes, the Virtual Arena offered unique compatibilities and income opportunities as a result of this. In terms of what is given to the client, he and his staff believed themselves to be selective. Their achievement is determined by their goal-oriented behaviour. Chakravuyha began as a modest technology service provider, but with Sai’s sophisticated thinking and vision, the firm grew into much more. The advancement revolves around innovation, and while it is nebulous and difficult to comprehend and correspond to, numerous people have taken the effort to investigate multiple elements of these innovations, and some have delved deeply into what it has to avail, becoming a maestro, and taking things to a higher level. Sai is among those who delved thoroughly into it and became acquainted with the blockchain and crypto world.

Sai created the enterprise from the ground up to be the first of its type, a blockchain service provider with a high accomplishment rate. He implemented Machine Learning and Artificial Intelligence in his firm, which increased the development pace even more. He being the CEO and founder of Chakravuhya is a dedicated technologist who has turned his interest into a renowned company with over five years of expertise in digital product management, engineering, and marketing with an emphasis on blockchain technology, crypto digital currency, and IoT. Since 2013, Sai has been extensively engaged in the blockchain sector. As is frequently stated, the higher the expertise, the higher the ability and capabilities to develop and mold ideas. His current accomplishment is the consequence of his expertise and talent gained through hard effort, enthusiasm, and tenacity in pushing through boundaries.

Throughout his continuous experience, Sai realized that the crypto industry is underutilized and that there is a demand for effective connectivity. He was always certain that he was ahead of the technical trend. Through his ideas, a fresh notion for a cryptocurrency application emerged. An application that depended on crypto transactions that were simple, secure, and quicker. For cryptocurrencies, this notion would represent a breakthrough in the financial technology field. Users will be able to receive streamlined and straightforward transactions by using this program. You can accomplish anything, whether it’s tangible or digitally. Sai’s imaginative system would indeed be unique in that it will bring together crypto digital money underneath one roof. It will have a variety of functions such as buying, selling, and staking cryptocurrencies. Not only that, but it will facilitate internal and cross-border transactions. The projected user interactions will be user-friendly. By collaborating with leading companies, he hoped to build a robust environment in its implementation. The increasing adoption of cryptocurrencies necessitates the development of a user-friendly system for the day-to-day exchange of cryptos. A cryptocurrency program will be a game-changer in the future thanks to the innovative thinking of Sai Tej Annareddy.