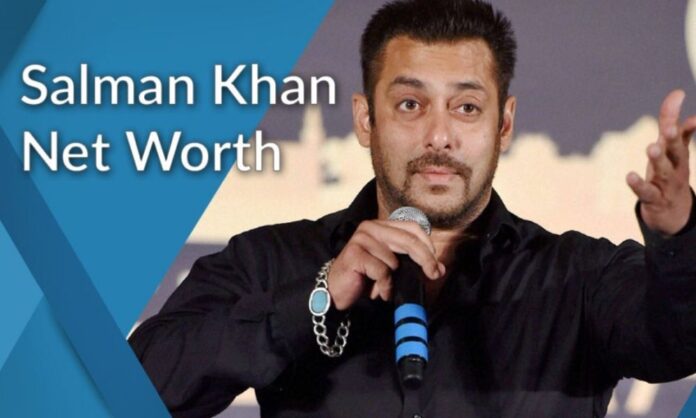 India’s extensively wanted actor, producer, singer, and television host, Salman Khan has been enormously loved in the industry for three decades now. His acting, his confidence, his personality has made him into the top-paid 100 celebrity entertainers in the world.

Not only his acting, but his charity has also made him a star in the eyes of his audience. He is often in the spotlight for his generous heart and expensive gifts to his co-actors and friends. Salman Khan is often praised as one of the most powerful personalities in the Bollywood industry.

It is cognisance of the fact that the Dabanng Khan has been godfather to many and is also popular with his NGO “Being Human” community. The Bhai of Bollywood is often known to shower his love on his co-stars giving them super expensive gifts.

Gurmeet Singh Jolly, popularly known as Shera, is an Indian celebrity bodyguard. He is no less than a celebrity himself. Shera won a Mr. Mumbai junior title for ‘bodybuilding competition’ in 1987 and finished second as Mr. Maharashtra junior in 1988. It is not that easy to become Salman Khan’s bodyguard. One should win several bodybuilding competitions and above all, he must impress Salman Khan.

Shera is now the personal bodyguard of Bollywood actor Salman Khan. Shera provided security to Justin Bieber at his India concert. He has earlier done the job for several other international celebrities like Michael Jackson, Will Smith, Paris Hilton and Jackie Chan when they visited the country.

Shera’s job was to monitor the security arrangement of international celebrities. Shera is now 51 years old and might be replaced by someone else in the future years. Salman Khan’s bodyguard’s salary details took the entire nation by surprise. He has been with Salman Khan for over 2 decades now. As per the Business of Cinema, Shera’s monthly salary is a staggering Rs 15 lakh, which adds to Rs 2 crore annually.

It is also believed that the Bhai of Bollywood has been involved in deliberately destroying many musicians and actors’ career. The Bhai of Bollywood is often known to shower his love on his co-stars giving them super expensive gifts. This time around, South Indian star Kichcha Sudeep received an expensive car worth around Rs 1.5 crore from Salman Khan who worked with him in Dabangg 3.

Kichcha Sudeep portrayed the role of lead villain Bali in Dabangg 3. On the other hand, Salman was seen playing the role of Inspector ‘Chulbul Pandey’ in the movie directed by Prabhudheva.

Salman Khan gifted Kichcha Sudeep a BMW M5 car. Yes, you read it right. The popular actor took to social media to thank Salman Khan and share pictures of his gift. Kichcha Sudeep also uploaded a collage of images of himself with Salman and the car.

Along with the collage, he wrote, “Good always happens when u do good. @beingsalmankhan sir made me believe this line further when this surprise landed at home along with him. BMW M5…. a sweetest gesture. Thank u for the luv u have showered on me n my family sir. It was an honour to have worked with u n to have had u vist us (sic).”

Salman Khan gave some super luxurious gifts to his loved ones:-

Arpita is Salman Khan’s beloved sister. On the occasion of her wedding to Ayush, Salman Khan had gifted her a Rolls Royce car worth INR 3.5 crores.

They became very good friends on the sets and eventually Salman Khan gifted her a Lamborghini worth INR 90 lakhs on her wedding to Anand Ahuja.

Jacqueline has remained Salman’s co-star in many of his films. Their budding friendship since the release of ‘Kick’ has been the talk of the B-Town. According to sources, Salman Khan has gifted her a painting worth 2.5 crores.