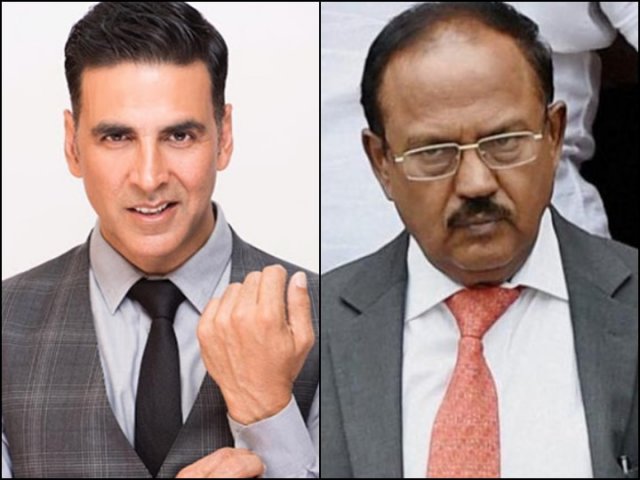 ‘Special 26’ ‘Baby and ‘dark horses’ including hit movies provided by Neeraj Pandey and Akshay Kumar is once again teaming up. News that Neeraj new project National Security Advisor Ajit Doval ( Ajit Doval make biopic on). It can be seen playing the character of Ajit Doval.

According to a report in Mumbai Mirror, Neeraj already has Ajay Devgan’s ‘Chanakya movie’. The official announcement of ‘Doval’ will be done only after the completion of this biopic. Meanwhile, Akshay will also complete his remaining commitments. Sources say that Neeraj’s team is currently doing research on this film. The script is also being worked on. A thrill similar to Akshay’s ‘Baby’ film can be seen in ‘Doval’. Earlier Paresh Rawal played the role inspired by Ajith Doval in ‘Uri: The Surgical Strike’.

Akshay’s film ‘ Mission Mangal Movie ‘, released on August 15, is based on the country’s Mars mission. There is a special focus on the contribution of women scientists in this mission. In the movie, Akshay will be seen in the role of Rakesh Dhawan, director of Mission Mangal. Apart from Akshay, it will feature Sonakshi Sinha, Vidya Balan, Taapsee Pannu, Nitya Menon, Kirti Kulhari and Sharman Joshi in the lead roles.

At the same time, Akshay is promoting ‘Mission Mangal’ these days. After this, films such as ‘Good News Movie’, ‘Housefull 4’, ‘Laxmi Bomb’, ‘Suryavanshi Movie’ and ‘Bachchan Pandey’ will be released.

Suhana Khan’s acting debut The Grey Part of Blue is out: Watch video

Here are five reasons why the trailer of ‘Tanhaji: The Unsung Warrior’ will anger ‘liberals’

Here are five reasons why the trailer of ‘Tanhaji: The Unsung...