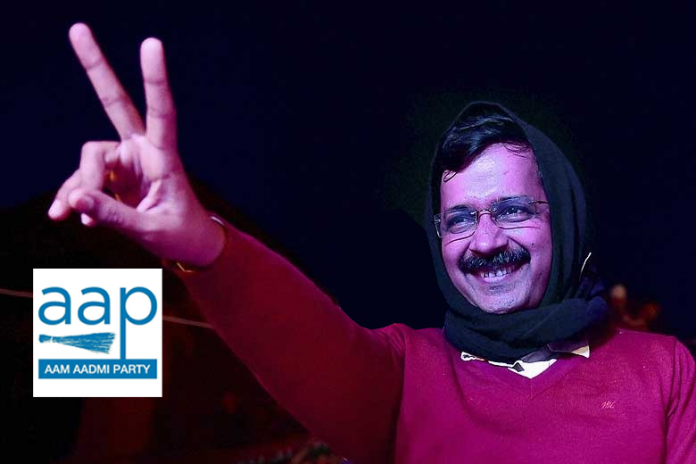 Our THN Group recently concluded a Survey pertaining to the upcoming Delhi Assembly Elections, due in February in 2020. No Surprise, Arvind Kejriwal is all set to retain the Power Back as the CM with his credible face with a comfortable majority. It seems that Delhi is quite far for the BJP yet again, which has been out of power from the NCT of Delhi since 1998 now, amounting to more than two decades of longing for Power. Despite the Modi Magic, Delhi seems has chosen its ruler in befitting Arvind Kejriwal yet again, who has recently been wooing people with the Freebies that he has been gifting to the Janta.

Note: We do not mean to endorse or demean any Party/Individual/MLA/Past Candidate or upcoming candidates, in our Survey. Our Survey is a People’s Choice, based on a list of questions pertaining to Delhi in overall development, Local Issues, CM Candidate Choices, `MLA’s performance, behavior, outreach, communication, Ease of access, etc.

Before we get to the numbers and the list, we must share what our team learned while on the ground. While AAP seems to retain most of the seats, it might not be due to the local MLAs but only and only on Kejriwal’s Popularity.
In our survey, we found a pretty comfortable victory for the Aam Aadmi Party, which is all set to once defeat the Bharatiya Janata Party and the Indian National Congress, hands down. Yes, the AAP looks set to come back to power in a consecutive term and with a comfortable majority. AAP might not achieve the Historic mandate this time, that it received in 2015 but it might garner a whopping victory over BJP and AAP, which seem to gain a little as well from these upcoming Elections.

It is well known that AAP did the unprecedented in 2015, winning 67 of the total 70 seats while BJP was reduced to just 3 and Congress was whipped out from Delhi with 0 Seats and while it ended on the third position in almost every constituency.

Challenges for Kejriwal despite of a Majority Prediction.

While Kejriwal seems to have gained a lot of acceptance of people in Delhi, his biggest challenge though is that just like Modi in the centre, the entire election will be based and woven around Kejriwal. Arvind Kejriwal is making his work count and people are accepting his words it seems. But, but, the choice of candidates might be a big headache for Kejriwal. Kejriwal does have a lot to boast off about his do’s in Delhi including the latest trend of Freebies that he has started just at the right time when the elections are nearing, but his many candidates have become stained with many of them facing trials or either having being convicted. Some are surrounded by Controversies and some just haven’t kept up to the popularity of AAP and underperformed, it seems from the Public views.

There goes a list of Kejriwal’s such lawmakers Starting from, The Speaker of Delhi Assembly, Mr. Ram Niwas Goel, who is currently MLA from Shahdara Assembly, has been convicted recently by a court in rioting case and sentenced to six months in prison, along with his co-convicted son. Though he managed to get the bail immediately but the fact is that while the elections approach, he might be out on bail, contesting the elections, making it real controversial for AAP and Kejriwal.

As we said there is a list of such candidates, we will quickly move on to AAP legislator from Narela, Sharad Chauhan who was arrested by police in connection with the suicide of a woman worker of the ruling party. Coming on to Pawan Kumar Sharma, AAP’s law maker from Adarsh Nagar, he was sentenced to 18 months’ imprisonment and imposed a fine of Rs1 lakh upon by a Delhi court for negligently causing the death of an employee in his steel factory. In the que of the tarnished imaged MLA’s, an FIR was filed against Rithala’s AAP MLA, Mohinder Goyal on charges of Rape. On the other hand, AAP MLA, Rituraj Jha from Kirari was caught betting on camera. Jitender Singh Tomar, Delhi’s Former Law Minister was arrested in Fake Degree Case. Aam Aadmi Party’s Sadar Bazar MLA, Som Dutt was sentenced to Six Months of Prison by a Delhi Court and Sent to Tihar Jail. An FIR was filed against AAP’s MLA from Karol Bagh, Vishesh Ravi in the case of Extortion. In the same spree, Vikaspuri’s AAP MLA, Mahendra Yadav was arrested for rioting and assaulting a Government Official. Naresh Balyan, AAP’s Uttam Nagar MLA was detained by the Income Tax Department in IT Raids upon him, in alleged fraud of 2 Crore Indian Rupees and while Badarpur’s MLA from AAP was booked for abuse of a woman. Raju Dhingan, AAP legislator from Trilokpuri, who even faced criticism while getting the ticket for the first time for his controversial image, was also booked for assaulting a man. These were just a few examples and there are many more AAP’s elected MLAs, who went into legal troubles post 2015. The lawmakers have many small-time and even major matters pending just like in the case of Amanatullah Khan and Somnath Bharti, the AAP MLAs from Okhla and Malviya Nagar, respectively, who have always been controversial. All this information is very much in the Public Domain and at the access of fingertips of even a child.

Therefore, while our team went into surveys, we were not much bothered about the legal matters of the legislators since we didn’t have this issue on our priority list as our priority was Development and the change in Governance, that Kejriwal claims, that he has brought into the city. But we were amazed to hear about the legal affairs of their MLAs from the Public itself and realized how important an issue this would become, not just for the opposition, but even Kejriwal himself, majorly during ticket distribution. When Kejriwal entered politics, he promised a zero-tolerance policy against any of his tarnished imaged, charge-sheeted, or Convicted Candidates and said that he would go up to the extent of even canceling the Candidature/Ticket of any such Person, from his Party. He even did so during 2013 elections, while a candidate from Shahdara, namely Mr. Surender Sharma was first given Party ticket but was then which was taken back by Kejriwal, because of reports of pending cases against him. But now, when almost two dozen of his AAP MLAs haven legal matters to take care of and out of which some also bear important portfolios in the Kejriwal cabinet, it will be inserting to see whether Kejriwal will stick to his ethics and Party norms on which he entered Indian Politics or just be another Politician won’t be bothered much. Well, only time will tell what Mr. Kejriwal has in mind for his MLAs with tainted images, which could have a massive impact on results and even lead to infighting in the Party. But for now, with what our Surveys lead to, Kejriwal must be satisfied, but we are sure, will think twice on this very important matter, which came up in our survey and hence we thought to highlight. Also, it is pertinent to mention that the figures we have are estimates. Remember 2015, when all surveys failed to predict such a huge victory for AAP. Well, this stage, even a minute mistake by the incumbent can lead to a blunder, which we are sure, CM Kejriwal is intelligent enough to avoid.

Finally coming to the figures before we put out the Constituency wise list out of the estimated winners.

If Elections are held as of today the results seem to be in the following manner as per our survey, based on the Public Views:

Hence, you can see that it is yet again a landslide victory for AAP or rather Kejriwal, not as huge as what it was in 2015 but a pretty much satisfactory win. But once again, to clarify, it’s just estimation with a sample size of 1000 People/Voters from each constituency and actual Results may differ.

While CM Kejriwal must rejoice these numbers, he must also be worried that in our survey, about 24 constituencies favored AAP but not the local Legislator due to reasons varying from their attitude, non-seriousness, underperformance, and most importantly non-clean image and legal affairs. For sure this is a massive reason for the opposition to rejoice can be a game-changer if Kejriwal lets it go by, in overconfidence and who knows the figures might switch, leaving AAP mistaken of their confidence in their alleged work that they are banking upon and the Freebies that they think will have a major roleplay in giving Kejriwal an upper hand. It all depends upon the prudence of Mr. Arvind Kejriwal, how he will tackle the ticket distribution.

Note: We do not mean to demean to endorse any MLA or Candidate. These are Public Views that we are jotting down in our article and this Survey.

As awaited, here we put out the Constituency Wise List of the Probable Winning candidates/parties.

Following important things to be noted that were a part of our Survey form and hence the estimated results:

Now before we conclude, it is very important to understand the estimated seat wise result and talk about the highs and lows of the same.

Note: These are Public Views and hence being put up as they are.

2. Bharatiya Janata Party seems to be gaining finer seats if not good enough, jumping from just 3 to 19 seats, as estimated. Here we breakdown the Seats for you, based on Public views, in a quick read through.

So, to summarize the Survey, the 2020 Battle of Delhi seems pretty interesting. As of today, Kejriwal may rejoice, but must not forget that he will have to think a lot over ticket distribution and about facing BJP’s Campaign, which will begin anytime soon, while AAP has already given away most of the agenda on which they would contest the elections. In Politics, things change each minute, so we never know what might be the results, but as of today, Arvind Kejriwal seems to sweep Delhi again while BJP and Congress seem to gain their Vote shares and seats.